What Went Before: Subic Naval Base 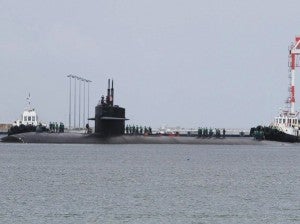 MANILA, Philippines—On Sept. 16, 1991, the Senate voted 12 to 11 to reject a new bases treaty with the United States, citing the pact as “one-sided and unequal.” The agreement would have allowed the US to keep Subic Naval Base for 10 more years in exchange for about $200 million in aid.

The last US ship and helicopter carrier, the USS Bealleau Wood, sailed away from Subic Bay in November 1992, ending nearly a century of US military presence in the Philippines. For the first time in so many years, the Philippine flag flew alone over the base.

In May 1999, the Senate ratified the Visiting Forces Agreement (VFA), voting 18 to 5. The VFA paved the way for large-scale joint military exercises, called Balikatan (shoulder to shoulder), between Philippine and US forces. It allowed US servicemen to return to the Philippines after the closure of the US bases in Clark and Subic in 1991 and 1992.

US soldiers arrived for the first Balikatan exercise in February 2000, the first of many.

Last April, some 2,000 Filipino troops and 4,500 US troops participated in the annual large-scale military exercises, the 28th such bilateral exercise. Last year’s Balikatan included, among others, field training exercises on counterterrorism and maritime security, and humanitarian assistance and disaster response command exercises.