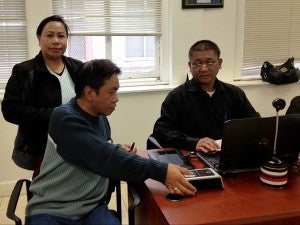 Encouraged by the record-breaking turnout of Filipinos during the registration period last year, The Filipino Channel (TFC) is again teaming up with the Commission on Elections and the Department of Foreign Affairs – Overseas Absentee Secretariat (DFA-OAVS) to promote overseas voting for the May 13 elections.

The turnout exceeded records for new overseas Filipino registrants in the past three elections in 2004, 2007 and 2010. Total registration hit close to a million or a total of 988,384, a milestone for a registration for a non-presidential election.

“We encourage our kababayans to exercise their right to suffrage and choose the nation’s next leaders who can make a difference in the lives of every Filipino,” says TFC Philippine Country manager Edson Aguiflor.

DFA Undersecretary and OAVS Chairman Jose Brillantes recognized TFC’s contribution, saying, “We continue this cooperation with TFC because the network plays a pivotal role in bringing our campaign worldwide.  With its presence in the USA, Canada, Middle East, Europe, Australia, Japan and other countries in Asia, the campaign reaches and encourages a greater number of Filipinos.”

Comelec Commissioner Lucenito Tagle echoed his sentiments: “We did it in the 2012 registration. With TFC, we can even do better this year.”

Filipinos can also connect with their kababayans and fellow voters via facebook.com/KapamilyaTFC.  The election period is from April 13 to May 13, 2013 (closing at 7 p.m. Manila Time).

Modes of voting (depending on the country where you are situated in) include personal voting, postal voting and automated election system (AES) or automated voting. Voting will be conducted in the nearest Embassy, Consulate, Mission or Manila Economic and Cultural Office (MECO) for personal voting and automated voting while electoral ballots will be sent directly to Filipinos identified under postal voting.

For a list of Certified List of Voters (CLOV), inquire at, or visit the nearest Embassy, Consulate, Mission or Manila Economic and Cultural Office (MECO).  For more information, visit www.dfa-oavs.gov.ph; www.comelec.gov.ph/oav www.tfc.tv/halalan2013 and www.facebook.com/KapamilyaTFC