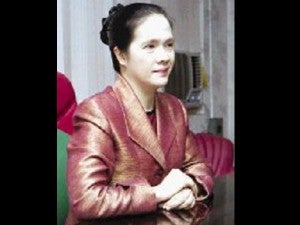 MANILA, Philippines—The Department of Justice (DOJ) has opposed the bid of the Public Attorney’s Office (PAO) to reduce the bail for the 38 alleged members of the Sultanate of Sulu’s Royal Security Force (RSF).

During Monday’s hearing, the Tawi-Tawi Court, through acting Judge Peter Esma, has ordered both the Public Attorneys’ Office through Western Mindanao PAO Edgardo Gonzales and the DOJ through Regional State Prosecutor Peter Medalle to submit their position papers.

PAO Chief Persida Rueda-Acosta confirmed that they were being asked by the lower court to justify why the P3,000 per charge or P9,000 per accused should be granted instead of the P164,000 bail per charge.

The 38 are facing charges of violation of Article 118 of the Revised Penal Code for Inciting to War and giving motives for reprisals, Illegal Possession of Firearms and violation of the election gun ban. If the bail will not be reduced, a total of P6.2 million will have to be paid for the temporary liberty of the accused.

All the accused are currently detained at the naval facility in Panglima Sugala in Tawi-Tawi.

Acosta said relatives of the accused cannot afford the over P400,000 bail for each accused.

“The relatives contributed to be able to produce bail but they cannot afford the recommended bail,” Acosta said.

Besides, Acosta pointed that under the Rules of Criminal Procedure, the amount of bail to be fixed by the court should be reasonable. It should also consider, among others, the financial ability of the accused to give bail.