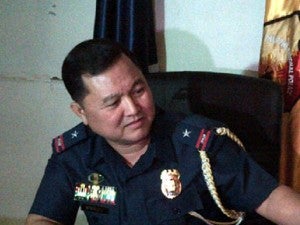 MANILA, Philippines — The Philippine National Police (PNP) and the Armed Forces of the Philippines (AFP) distanced themselves, on Sunday, from the reported negotiations and payment of a P4-million ransom for the freedom of Australian Warren Richard Rodwell, who was released by his Abu Sayyaf captors on Saturday.

Chief Superintendent Generoso Cerbo Jr., PNP spokesperson, said the official report of the PNP Anti-Kidnapping Group (AKG) did not indicate if ransom was given by the victim’s family to the Abu Sayyaf bandits who abducted Rodwell in Ipil town, Zamboanga del Sur province in 2011.

“In the official report (of the AKG), there was no mention of the ransom. It did not categorically say if there was ransom paid,” Cerbo told the Philippine Daily Inquirer in a phone interview.

“We are not privy (to the reported negotiations). The government has a no-ransom policy. We don’t know where that supposed report of negotiations and payment of ransom came from,” he added.

If the family had indeed paid ransom, Cerbo said their actions were made “on the private capacity of Rodwell’s family members.”

The Philippine Daily Inquirer repeatedly tried to contact Interior Secretary Manuel Roxas II, but he did not answer calls and text messages on his mobile phone.

Sakalahul said Indama counted the money in front of him, which amounted to P4 million.

He maintained that he only acted as “guide” during the negotiations for Rodwell’s release.

“I cannot comment on that… We have no knowledge (on the payment of ransom). We will distance ourselves from that because (our personnel are) on the ground,” Burgos said in a separate phone interview.

“I think Malacañang, through Undersecretary (Abigail) Valte, could best answer (Sakalahul’s) statements,” he said, referring to the deputy presidential spokesperson.

“We’re not privy to the reported negotiations. The AFP has no information on that.”

But Col. Rodrigo Gregorio, spokesperson for the military’s Western Mindanao Command, said Rodwell’s release was “made possible through the collective effort of (his) family, the Australian embassy, the local governments, military, police and other governmental agencies.”

Citing the report of Senior Supt. Renato Gumban, AKG director, Cerbo said that as of Sunday, Rodwell’s kidnapping was still “under investigation.” He said Gumban’s unit would conduct the debriefing of the freed Australian upon his discharge from the hospital.

Asked if the AKG’s probe would include the supposed ransom payment and the alleged role of “local officials and middlemen” who reportedly received a portion of the ransom, he said: “I cannot say if that would be included in the investigation.”

“We are still waiting for the full report. Our goal is to identify the kidnappers and file cases against them,” Cerbo said.