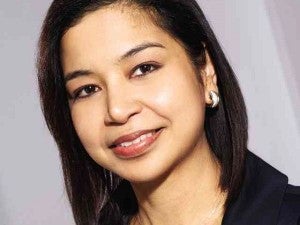 RIINGEN says many OFWs and their families do not save for the future.

Although remittances from overseas Filipino workers (OFWs) continue to rise, with a whopping $21.4 million (about P877.4 million) sent to the country last year, all that money does not necessarily translate to a financially secure future for the Philippines’ “new heroes.”

Patricia Riingen, Western Union senior vice president for East and South Asia, said conversations they had with OFWs, showed that they tended to think in the short-term and were not really aware of the need to invest or have a budget.

She said many Filipinos could not leave their foreign jobs because their families and relatives were dependent on them for everything. The people they have left behind did not realize the importance of saving.

Riingen said taking charge of their future and finances early would spare OFWs and their families from a paycheck-to-paycheck existence or worse, more years trapped in dead-end foreign jobs to pay mounting debts back home.

“Even before an OFW leaves, he should already tell himself that it’s only going to be temporary. Once his contract ends, he should have saved enough money to be able to go home and, hopefully, put up a business…” she said.

Speaking at the “Diaspora to Development: 2nd Global Summit of Filipinos in the Diaspora,” organized by the Commission on Filipinos Overseas (CFO), Riingen discussed how Western Union was trying to help OFWs by being more than just the global leader in money transfer services.

At the workshop on Return and Reintegration, Riingen said Western Union had been an active participant in Pre-Departure Orientation Seminars (PDOS) since 2001. The remittance firm covered almost 5,000 PDOS sessions in 2012, attended by over 425,000 OFWs.

More than 650,000 OFWs also received last year specially-made Pinoy Care Handbooks to familiarize them with their destination countries, as well as easy-to-understand materials on saving and financial literary.

The initiatives were funded by a $1.2-million grant from Western Union and its philanthropic arm, Western Union Foundation, through its global corporate citizenship program, “Our World, Our Family.” Launched in 2007, the five-year, $50 million-program to create economic opportunities for migrants, including OFWs, and their families, helped improve the lives of some five million people.

Over 200 Western Union employees in the Philippines contributed as well to the cause, as did seven agents, who pooled a total of $325,000 in pledges.

Western Union’s goal, said Riingen, “is to be as relevant to as many people as possible.” Taking full advantage of today’s electronic channels, the company, with the CFO, will embark on a National Financial Literacy Program that will  disseminate tips on how to save and spend through the short message service (SMS) or text and online, via web-based modules and a special application that can be downloaded for free and updated on a regular basis.

Leaflets and booklets would also be available in Western Union’s 8,500 outlets, Riingen said, making information more accessible to OFWs and their families.

The money transfer company, with Visa and Union Bank, also launched the Western Union Gold Prepaid Card. Designed for the scores of Filipinos, who are not served by banks, the prepaid card is a safer, more practical alternative to cash. Holders can have remittances stored in the card and get only the amount they need through an automated teller machine (ATM) or Union Bank branch. They can also use it as a debit card.

There are also plans to harness the collective resources of OFWs to fund community-based livelihood programs in their hometowns. Created with the United Nations Development Program and supported by the Philippine government, the Overseas Filipinos Remittance for Development (OFs-ReD) will have its pilot tests in Ilocos Norte and Taguig City.

Audio-visual presentations detailing steps and processes in investing, saving and fund matching are being produced for target immigrants in Hawaii, United States and the United Arab Emirates.

A Migration and Development (MnD) Council with representatives from selected national and local agencies, nongovernment organizations, private sector and overseas Filipinos’ and families’ organizations has been created.

The CFO is forging a memorandum of understanding among local governments and chambers of business to facilitate the implementation of proposed livelihood projects.

Riingen said teaching people to manage their money was just the start. The right attitude among OFWs, their families and people behind the reintegration programs also had to be developed.

“In the summit, one of the things they resolved to do was take inventory of all the financial literacy programs out there and see whether synergies can be formed,” she said as she stressed the need for stronger collaboration among government, NGOs and private institutions.