Who will be PDI’s Filipino of the Year 2012? | Global News
Close
menu
search 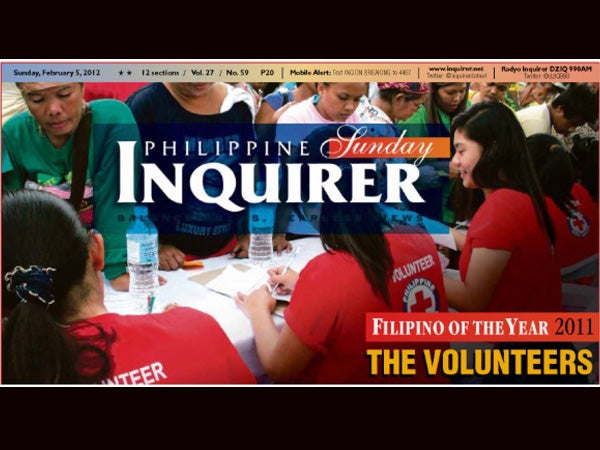 MANILA, Philippines—The Inquirer editors and deskmen have chosen, but what about you?

Who do you think should be the Inquirer’s Filipino of the Year 2012?

Tweet your thoughts to @Team_Inquirer by using the hashtag #FilipinooftheYear.

You can also vote from among the 13 names nominated by the Inquirer editors. (See poll box.)

To give you an idea of who have made it so far to the Inquirer’s honored roster, here’s a list of winners from 1991 when the Inquirer Filipino of the Year was launched.