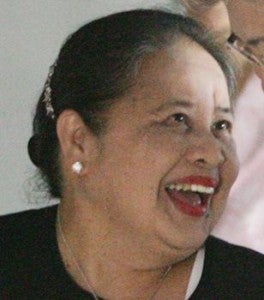 MANILA, Philippines – Officials from the Philippines and Vietnam met on Friday and talked about preparations for the 7th Joint Commission Bilateral Cooperation (JCBC) to be held next year, which would involve discussions on defense cooperation and maritime issues, among others.

In a statement, the Department of Foreign Affairs (DFA) said that Foreign Affairs Undersecretary for Policy and newly-delegated Philippine ambassador to China Erlinda Basilio met with Vietnam’s Vice Foreign Affairs Minister Pham Quang Vinh in Manila to talk about the preparations.

“The JCBC will discuss the implementation of the Philippines-Vietnam Action Plan 2011-2016, which covers cooperation on political, defense, security, economic, fisheries, agriculture, forestry, environment, science and technology, energy, education, cultural and tourism, social welfare and development, and maritime and ocean concerns and issues,” it said.

Hernandez also stressed that the meeting was only in preparation for the JCBC, which he said was being conducted regularly by the two countries to discuss and review their bilateral relations.

China claims nearly the entire West Philippine Sea (South China Sea), believed to be rich in oil and gas resources, while the Philippines, Brunei, Malaysia, Taiwan and Vietnam, have overlapping claims to some or all of those same areas.

Recent weeks have seen a rise in tensions in the sea disputes, with the Philippines asking China to clarify media reports saying Chinese authorities had authorized its forces to interdict ships entering what Beijing considers its territorial waters.

Both the Philippines and Vietnam have also refused to stamp Chinese electronic passports bearing the image of a map of its nine-dash sea claims as part of their protests to China’s sovereignty claims to nearly the entire West Philippine Sea (South China Sea).