Philippines remains one of most corrupt countries—survey 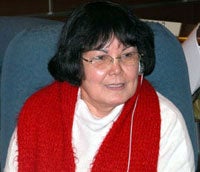 MANILA, Philippines—The Philippines is still perceived as one of the most corrupt countries in the world, getting a score of 34 on a scale of 1 to 100 with 100 being very clean, according to the latest Corruption Perceptions Index of Transparency International.

But the Philippines has at least outranked its neighbors Vietnam, Indonesia and Bangladesh, which all fared better than the country in the previous CPI, said TI, a civil society organization that promotes transparency and accountability.

The top five countries perceived to be very clean were Denmark, Finland, New Zealand, Sweden and Singapore, while the five viewed as very corrupt were Somalia, North Korea, Afghanistan, Sudan and Myanmar.

TI-Philippines President Rosalinda Tirona said the 2012 CPI, which covered data gathered between December 2010 and September 2012, showed that the Philippines has to take more action to improve how things are done in the country.

One of these actions is the “immediate” passage of the freedom of information bill (FOI), Tirona said.

“This means we still have to do a lot more. TI-Philippines is here to show the Filipino people we can do many more things to fight corruption,” Tirona said in a briefing Wednesday.

“We must go beyond this ranking and think of what we can do,” she added.

Ranking 105th in the latest CPI, the Philippines belonged to two-thirds of the 176 countries with scores below 50, according to TI.

In the previous CPI, countries were scored 1 to 10, but in the latest survey, the scores ranged from 1 to 100. This has an effect on the ranking, TI-Philippines noted.

The new methodology also used a new formula that would allow for a more accurate comparison of the changes in the countries’ scores from year to year, but this would only begin with the 2012 CPI.

“Therefore, 2012 CPI cannot be compared with all the previous CPI including that of 2011,” TI-Philippines said.

TI-Philippines founder Dolores Español said there were certain actions of the Aquino administration that helped change public perception in the country.

These were the impeachment trial, the declaration of the statements of assets, liabilities and net worth, the transparent process of replacing dismissed Chief Justice Renato Corona, the first year of Ombudsman Conchita Carpio Morales, and the general openness of the administration in its quest for a transparent government, Español said.

“However, there is still much to be done for it not to remain purely in the change of perception but in societal transformation that is truly tangible,” she said in a statement.

In pushing for the FOI passage, TI-Philippines said the measure had been described in the Philippine Development Plan as the “cornerstone of transparent and accountable governance.”

The FOI has faced delays in Congress, however. In the House of Representatives, it has yet to be subjected to plenary debates because it still has to go through another round of approval at the committee level. But the House has only six remaining session days this year.

TI-Philippines said other actions that could be done include the speedy resolution of corruption cases, especially those involving the big fish; the enactment of a whistle-blower protection law and a law on campaign finance reform to regulate campaign contributions; and the adoption of a comprehensive anti-corruption program.

TI chairperson Huguette Labelle said in a statement that based on the 2012 CPI, corruption still continues to ravage many societies.

TI Managing Director Cobus de Swardt said in the same statement that the leading economies must lead by example and that they should see to it that their institutions are fully transparent and their leaders held accountable, De Swardt said.