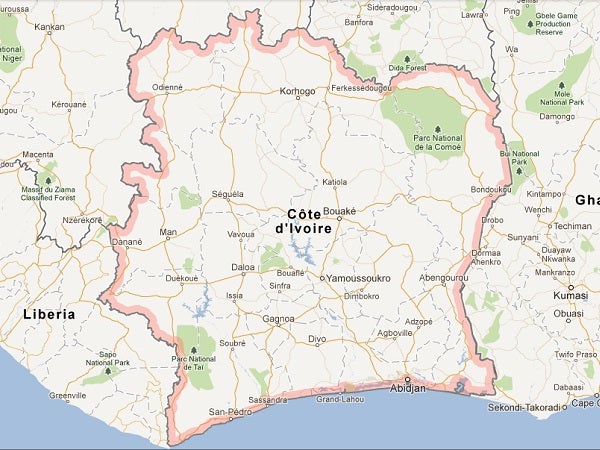 KUALA LUMPUR—Pirates have released a Greek-owned oil tanker which they hijacked off the Ivory Coast over the weekend in the first such attack in this area, the International Maritime Bureau said on Wednesday.

The Bahamas-flagged tanker with 24 crew on board was hijacked on Saturday while it was anchored off Abidjan, said Noel Choong, head of the bureau’s Kuala Lumpur-based piracy reporting center.

It was freed by the pirates on Tuesday, off Nigeria, after some of its cargo of gas oil was stolen. Choong said no injuries were reported.

According to the IMB, this was the first time a tanker was hijacked off the Ivory Coast, which lies to the west of the pirate-infested Gulf of Guinea, though three anchored ships have been robbed in the area this year.

Even though the tanker was hijacked “very far from the normal area of attack”, he said, the fact that it was taken to waters off Nigeria suggested that the same syndicates had spread to the Ivory Coast.

“IMB is concerned with this latest attack… We are now warning vessels to be vigilant in this area as well,” he added.

The center has repeatedly warned ships to be careful in the Gulf of Guinea and urged authorities to boost patrols, saying last year the region was emerging as a new piracy “hot spot”.

The area has already seen 43 attacks so far this year including several hijackings, kidnappings and killings. The latest was last week off Togo.

Pirates usually target fuel cargo, loading it onto other ships to sell on the lucrative black market, rather than seek ransom to release ships.

Piracy has long been a problem off Nigeria, Africa’s largest oil producer and most populous nation.