US not a puppeteer behind PH-MILF peace talks 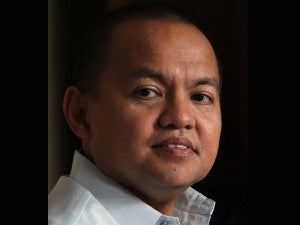 “We can say absolutely that in our process, none at all … I only know from the [government] side … the US has never offered anything. Nor have we asked anything from the US,” Leonen told the Philippine Daily Inquirer editors and reporters during a briefing on the agreement on Wednesday night.

“If I were a revolutionary group, and I wanted to increase my political legitimacy, I will do that. But that doesn’t mean that the US is the puppeteer. The role of the US has been exaggerated so much,” Leonen said.

Presidential Adviser on the Peace Process Teresita Quintos- Deles said the US government was not even a member of the International Contact Group (ICG)—composed of nongovernmental organizations and the United Kingdom, Japan, Turkey and Saudi Arabia—that observed the talks.

Deles said the Americans might have taken a higher profile during the run-up to the signing of a botched peace deal with the Arroyo administration in 2008, but that was because they also wanted Mindanao free from conflict and lawless elements.

“Of course, they want Mindanao quiet like everyone else. I think everyone is interested in that. In the world today, you don’t want to have any place that is so porous to be so unstable,” Deles said.

“Any situation of unpeace can breed lawless elements that can be exploited. For example, terrorist camps. In areas, where there is armed conflict, that is [where terrorists] will go,” Leonen said.

On Tuesday, the United Nations announced it was ready to extend support to help implement the agreement.

On Wednesday, the United Kingdom added its voice to the expressions of support, saying it hoped the agreement would clear the way for an end to the conflict and finally development in Mindanao.

Like the other nations that earlier praised the agreement, the United Kingdom, Hague said, would extend assistance to help implement the accord.

“We stand ready to provide further assistance if such a role would be valuable to the parties,” he said.

British Ambassador to the Philippines Stephen Lillie called the agreement “a huge step forward” in bringing lasting peace to Mindanao.

Citing the United Kingdom’s experience in brokering peace in Northern Ireland, Lillie said: “We have shared many experiences from that process with the parties here. One of the most relevant lessons at this point is to recognize that even after an agreement, it won’t all be plain sailing, and there will still be challenges.”

Lillie added, “We have been showing our support since the ICG was formed in 2009, and we will continue to be supportive.”

With a report from Tarra Quismundo