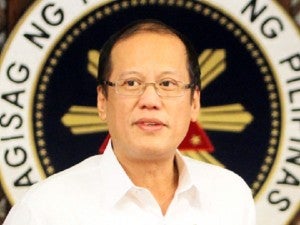 As President Benigno Aquino prepared to travel to Russia for a meeting of the leaders of the Asia-Pacific Economic Cooperation (Apec) forum, Malacañang on Thursday welcomed China’s promise to ensure freedom of navigation and safety in the West Philippine Sea (South China Sea) and work with Southeast Asian nations on a code of conduct to manage territorial disputes.

Mr. Aquino leaves Friday afternoon for the Russian port city of Vladivostok, where he expects to meet Chinese President Hu Jintao on the sidelines of the Apec leaders’ summit.

The summit will be held on Russkiy Island, off Vladivostok, on Saturday and Sunday.

On the eve of Mr. Aquino’s departure, presidential spokesperson Edwin Lacierda said the Philippines was glad that China had promised to ensure freedom of navigation and safety in the West Philippine Sea and cooperate with the 10-member Association of Southeast Asian Nations (Asean) for the establishment of a code of conduct for the disputed waters.

But Lacierda added that China’s promise would be more welcome if it followed its words through with “concrete actions.”

China’s promise came on Wednesday after a meeting between  Chinese Foreign Minister Yang Jiechi and US Secretary of State Hillary Clinton in Beijing.

“Freedom and safety of navigation in the South China Sea is assured,” Yang told a joint news conference with Clinton in the Great Hall of the People.

“For China and our neighboring countries, the South China Sea is really a lifeline for exchanges, trade and commerce. There is no issue currently in this area, nor will there ever be issues in that area in the future,” Yang said.

Lacierda said the Philippine position was maintaining the centrality of Asean in the establishment of a code of conduct for the West Philippine Sea.

The Philippines and Vietnam, both at odds with China over territory in the West Philippine Sea, are the principal proponents of the code of conduct.

The United States strongly supports the introduction of such a code, which would prevent territorial disputes in the West Philippine Sea from erupting into armed conflicts.

A day after China promised to ensure freedom and safety of navigation in the West Philippine Sea, a top Chinese newspaper told the Philippines to “cool down” in looking to US backing in settling its dispute with China.

The Global Times wrote in an editorial, “No Winners in Containment Strategy,” that the Philippines should start to be more independent in taking care of its own affairs.

The Global Times, published by the Communist Party newspaper People’s Daily, also cautioned Japan against relying on the United States in pushing its claim to the Diaoyu islands in the East China Sea.

Japan disputes ownership of the Diaoyus, which it calls Senkaku islands, and has agreed to buy them from their private Japanese owners, a move that could worsen its territorial row with China.

“The public in the Philippines and Japan have been striving to find any hint of support from the US,” the Global Times said. “But it’s time for these countries to cool down. East Asian countries should take serious measures to solve their own problems.”

The United States is pivoting back to Asia in a new military strategy that will see the deployment of 60 percent of its warships to the region by the end of the decade.

China doubts the United States will pursue the strategy to the hilt. The Global Times said: “It would be incredible if the US focused its national strength on East Asia and launched a bid for strategic containment of China. This would be costly and have no benefit for the US. Such a strategic choice would be one that the US could not bear.”

Mr. Aquino and Hu may discuss the dispute between the Philippines and China over Panatag Shoal (Scarborough Shoal) and some islands in the Spratly chain in the West Philippine Sea during their meeting on Russkiy Island, that is, if the Chinese side will bring up the issue.

In an interview with Filipino reporters at the Far Eastern Federal University in Vladivostok, site of the Apec meeting, Foreign Undersecretary Laura Q. del Rosario said there was a “mutual interest” between the Philippines and China in a bilateral meeting.

The two sides, however, have yet to firm up when the meeting between Mr. Aquino and Hu will be held and what the agenda will be, Del Rosario said.

In Manila, Assistant Secretary Raul Hernandez, spokesperson for the Department of Foreign Affairs (DFA), also said the proposed meeting between Mr. Aquino and Hu had yet to be confirmed.

If the meeting goes ahead, it will be the two leaders’ first meeting since Mr. Aquino’s state visit to China in August 2011 and since the Philippines stepped back from a two-month maritime standoff with China at Panatag Shoal in mid-June.

“Our problem is that do they have a common time, you know, because, I think, the leader of the Chinese economy is also very busy,” Del Rosario said.

“I’m sure we are not the only one who want to meet with him. Remember they are 21,” she said, referring to the 21 Apec leaders.

“Even if we just get requests from half of them, that will already fill up your three and a half hours. Each leader only has three and half hours to accommodate all the requests so it is really complicated. I don’t know how the last final list will look like.”

In a briefing for reporters in Malacañang last week, Del Rosario said China had asked for the bilateral meeting, and Mr. Aquino would accept, though he would not initiate discussion of the territorial dispute between the Philippines and China.

If Hu raised the dispute, Del Rosario said Mr. Aquino would explain to him what the Philippines was doing to deescalate it.

If Hu would not raise it, Mr. Aquino would discuss reinvigorating trade between China and the Philippines, Del Rosario said.

On Thursday, she said there was no “preagreed agenda” for the meeting.

“It’s anybody’s guess, but definitely these bilaterals add to the—what do you call that—to the improvement of understanding between two sides whether it’s China, whether it’s—let’s say it’s Peru or Chile—you know,” Del Rosario said. “It’s a very rare moment for these leaders to be together.”