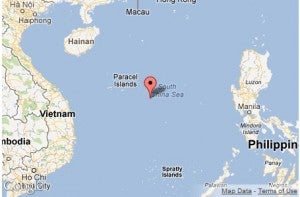 TAIPEI, Taiwan—They are mere specks on the map. Many are uninhabited, and others sparsely so by fishermen and seasonal residents. Yet the disputed ownership of these tiny constellations of islands is inflaming nationalist fervor from the cold North Pacific to the tropical West Philippine Sea (South China Sea).

In recent weeks, these long-simmering tensions have returned to a boil, with violent protests in Chinese cities, a provocative island junket by South Korea’s lame-duck president, and Japan’s government reportedly planning to buy disputed islands from their private owners.

The popular analysis is that the rising tensions are fueled by a regional power shift that has seen China become increasingly assertive with its neighbors in securing claims over potentially resource-rich waters to its south and east. But the growing acrimony may have at least as much to do with domestic political posturing.

“Wrapping yourself up in the national flag gives a very convenient exit for people with other agendas to justify their positions,” says political scientist Koichi Nakano of Tokyo’s Sophia University.

Nationalism has often been used by China’s communist leaders to cover up domestic problems — such as the economic slowdown the country is now facing, not to mention problems with a growing rich-poor divide and official corruption.

The same could be said, to an extent, in Japan and South Korea, where some politicians seem to be using the island disputes to further their agenda ahead of elections or to divert attention from thornier topics.

Few believe the diverse Asian actors in this rapidly developing drama will actually come to blows, but manipulation of popular opinion in island disputants like China, South Korea and the Philippines is raising the chances of violence by either accident or miscalculation. Such an outcome would seriously threaten the fragile tranquility that has helped catapult tens of millions of Asians from poverty to prosperity.

The disputed islands were on the agenda this week as US Secretary of State Hillary Rodham Clinton traveled across the region.

Meeting Monday with Indonesian President Susilo Bambang Yudhoyono, she urged members of the 10-nation Association of Southeast Asian Nations to present a united front to China in dealing with territorial disputes in the West Philippine Sea. She also discussed the issue with Chinese leaders during meetings in Beijing this week.

Preferred access to potentially lucrative oil and gas reserves and rich fishing grounds is helping to drive the disputes, along with an increasingly prosperous and militarily strong China that is beginning to challenge America’s historic supremacy as a Pacific power.

“There is a big power shift in this region and that is encouraging the parties involved to make their case in order not to lose their ground,” said security specialist Narushige Michishita of Japan’s National Graduate Institute for Policy Studies.

But the nationalist card is also front and center as governments jockey for position.

“Nationalism is playing a very large role in all of these disputes,” said international relations specialist George Tsai of Taipei’s Chinese Culture University. “Whether it’s China, Japan, Taiwan, the Philippines or Korea, all these countries are appealing to nationalist sentiments.”

Right-wing politicians in Japan are using the issue to drum up nationalist support, and even mainstream politicians within the ruling party seem willing to let the issue grab headlines from issues like a tax hike and energy policy reforms that are being demanded after last year’s nuclear disaster, Nakano says.

Similar motives can be seen in outgoing South Korean President Lee Myung-bak’s visit to an island claimed by Seoul and Tokyo as he seeks to boost his legacy on what could become a key issue in his party’s bid to maintain power in what will be a toughly fought election.

Last month lame duck Lee became the first Korean president to set foot on Dokdo island, which is called Takeshima by Japan. Korea and Japan have a bitter history — marked by decades of harsh Japanese colonial rule on the Korean peninsula. Thumbing one’s nose at Tokyo has long had substantial cache for millions of Koreans.

“I’m skeptical that this has anything to do with international relations,” Nakano said. “It has more to do with domestic politics because internationally it doesn’t make any sense.”

In the Philippines, President Benigno Aquino III has been much more outspoken than predecessor Gloria Macapagal Arroyo on the need to defend the country’s territorial claims, and has publicly appealed to the US for help with China’s challenge to disputed areas in the West Philippine Sea.

Aquino wants international arbitrators to resolve the issues, a stance that has nettled China, which insists the best way of settling differences with Asian neighbors is through bilateral talks.

China has also been at loggerheads with Vietnam, particularly after Beijing’s formal creation of a municipality headquartered on Woody Island in the Paracel Islands, long a bone of contention between the two nations. China and Vietnam have a millennia-long history of fear and loathing, and China’s establishment of a Paracels prefecture prompted anti-China demonstrations in Hanoi, where authorities are normally quick to squelch popular manifestations of anger.

Vietnam has also sparred with Taiwan over the West Philippine Sea’s Spratly Islands, claimed by China, Vietnam, Taiwan, the Philippines, Brunei and Malaysia. On Tuesday, the Taiwanese Coast Guard held a live fire exercise on Taiping Island in the Spratly chain, partly in response to the Vietnamese occupation of other Spratly locations. Taiwanese legislators rushed to attend the exercises.

Just north of Taiwan, China and Japan remain immersed in their long-running battle over what the Japanese call the Senkaku Islands and the Chinese call Diaoyutai. Located roughly equidistant from Chinese and Japanese territory, the Japanese-controlled islands surged to prominence earlier this year when Shintaro Ishihara, Tokyo’s strongly nationalistic governor, proposed purchasing and developing them. Japan’s central government stepped in, and on Wednesday Japanese media reported it had agreed to buy several islands from their private Japanese owners — a move that Japanese experts say is an attempt to sideline Ishihara and his nationalistic agenda.

Japan’s Deputy Prime Minister Katsuya Okada maintained Thursday that the flare up had not hurt official relations between the countries and emotions on both sides were being fanned by activists.