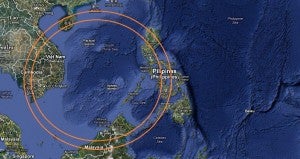 MANILA, Philippines – The Department of Foreign Affairs (DFA) on Thursday said that it was taking with “guarded optimism” China’s recent assurance of free movement in the West Philippine Sea, clarifying that under international laws, freedom of navigation  was an “established right that commands respect from everybody as a matter of international obligation.”

“What if China refuses or withdraws such assurance, does that mean that the freedom of navigation does not exist in the West Philippine Sea? We wish to seek a clarification on this,” the DFA said in the statement.

In its statement, the DFA explained that it was seeking clarification since under the United Nations Convention on the Law of the Sea (UNCLOS), freedom of navigation was a “customary right.”

“Its existence does not depend solely on the will or assurance of one or any individual State. No State can arrogate unto itself the unilateral right to determine or assure the existence or non-existence of the freedom of navigation in the West Philippine Sea. Rather the freedom of navigation is an established right that commands respect from everybody as a matter of international obligation,” it said in the statement.

The DFA went on to say that China’s statement should be welcomed if it was indicating that it would abide by its obligation to the exercise of freedom of navigation in the high seas, and respect the exclusive economic zones of all the littoral states in the West Philippine Sea.

“But, if by that comment, China is affirming its 9-dash line claim over the entire West Philippine Sea by making it appear that it is the sole guarantor of freedom of navigation, then such a statement should be a cause of serious concern and accordingly should be objected to,” the DFA said.

“We reiterate the Philippine position that the 9-dash line of China is an excessive claim in violation of international law,” it added.

DFA released the statement after talks held between Secretary of State Hilary Clinton and Chinese Foreign Minister Yang Jiechi, where Yang made a promise that China ensured freedom of navigation in the tense waters.

Clinton was in China early this week to meet Chinese leaders and push for a movement on the code of conduct to govern the hotly debated territory.

China claims almost all of the West Philippine Sea, while the Philippines, Vietnam, Malaysia, Brunei and Taiwan claim parts of the area believed to be the site of vast gas and oil deposits.

China has long been against a multilateral approach in resolving the problem but other claimant countries, like the Philippines and Vietnam, are determined to use this track to end the disputes.