Tito Sotto turns the Philippine Senate into a sitcom

SAN FRANCISCO – It was supposed to be a serious speech, a thoughtful explanation of Tito Sotto’s opposition to a bill that would give Filipino families, and women in particular, better choices on reproductive health.

He even used a moving anecdote, the death of his son, to present his points. It got mixed reviews, though many were touched by his story. Still, it should have been just another chapter in this political battle.

But then the catch. Actually, it’s more of a punchline. 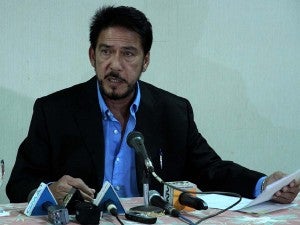 Yes, a punchline. For Sotto’s speech turned out to be the prelude to a sitcom with the Philippine Senate as the unexpected setting.

Many of us want to give a memorable speech. Well, Tito Sotto accomplished precisely that. Though I doubt he would like he like the way his now infamous speech will be remembered.

For it has now become an international fiasco: “US blogger accuses Filipino senator of plagiarism,” screamed a headline on the CBS News Web site.

Now to be fair to Sotto, he’s not the first public figure to be accused of using the words of another without fair attribution.

Fareed Zakaria, the well-known political analyst and commentator, is the most recent example. Historian Doris Kearns Goodwin is another. And even US Vice President Joe Biden also has gotten in trouble for using someone else’s prose.

But there’s huge difference in the way the Sotto plagiarism scandal has unfolded – which is also a reason why it has turned into a sitcom.

The three people I mentioned all apologized. In Zakaria’s case, he even accepted a punishment: his column was suspended.

Biden’s case is even more interesting. He was caught using the language of British Labor

Party leader Neil Kinnock. But it’s also worth noting that in earlier speeches, Biden had given credit to Kinnock. It was when he failed to do so in later speeches that he got in trouble, and eventually forced out of the 1988 US presidential race.

Compare these reactions to how Sotto has responded to the accusation that he stole material from Sarah Pope’s blog.

If Sotto and his staff had simply admitted the mistake, apologized and moved on, the issue would probably be dying or even dead by now. Sotto & Co. could simply have put out a statement saying something like this, “We apologize for using Ms. Pope’s words without proper attribution. We felt so passionately about this issue, we neglected to do what was right.”

In a mind-boggling display of political arrogance, Sotto tried to weasel his way out of the mess.

Sotto’s now well-known sound bite in an interview with ABS-CBN will go down in history as one of the stupidest remarks to come from a Philippine politician.

And guess what – it’s making the rounds worldwide, thanks to an Associated Press report which has been carried by many publications.

Playing Sotto’s sidekick in this sitcom is his chief of staff, Hector Villacorta, who will undoubtedly provoke suspicions about his legal credentials given his bizarre statements.

“You have a blog, it is meant to be shared, it’s in the public domain, so it’s not plagiarism,” he was quoted as saying b y GMA News.

In the AP report, he defended using Pope’s blog arguing “blogs are not covered by copyright … It is a new media and there is no jurisprudence yet.”

The sad part is the terrible message this whole mess sends to young Filipinos. ‘Oh it’s OK to cheat – especially when you’re in a powerful position.’

The good news is the speed by which news of the plagiarism spread. I’ve lost count of the bloggers and writers who helped expose similarities in Sotto’s speech and other published materials.

And the passionate responses of many Filipinos, especially in cyberspace, were so strong it even prompted the blogger Sotto dissed to speak out.

“A thief is a thief, Mr. Senator,” Pope wrote in a blog post. “Denying it doesn’t get you off the hook. It just makes you a lying thief.”

“Women of the Philippines: I am terribly sorry my blog was used and twisted against you. You deserve the choice to use the pill if you want or need based on your peculiar circumstances. While I want you to know that this choice has health consequences as does the decision to use any pharmaceutical drug, I in no way would ever condone taking this choice away from you! Mabuhay!”

And that’s the happy punchline to this fiasco.