US Navy rescue, salvage ship to help in Robredo search 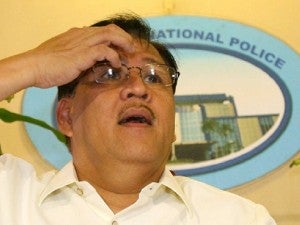 SUBIC BAY FREEPORT, Philippines—A United States naval rescue and salvage ship docked in this freeport zone for repairs will be sent to Masbate City on Tuesday to assist in the search and rescue operation for Interior Secretary Jesse Robredo and the two pilots of the light aircraft that crashed into the sea in that city on Saturday.

According to Subic Bay Metropolitan Authority Chairman Roberto Garcia, the USS Safeguard will leave the freeport for Masbate on Tuesday.  “The ship will assist in the search for [Secretary] Robredo,” Garcia said in an interview with the Philippine Daily Inquirer.

The ship, at the Subic dry dock, a ship repair facility here, as of Monday night, has been in the freeport since August 2, workers there said.

“It came here for scheduled repairs. But we heard that it’s going to be [deployed to Masbate] to help in the search for Secretary Robredo,” said a worker in the facility.

The worker asked not to be named saying he has not been authorized to talk to reporters.

The worker said repairs for the USS Safeguard had been finished.

The ship is under tight security in this freeport, a former US naval base.