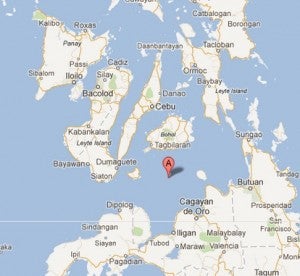 MANILA, Philippines – The Philippine Navy and United States Navy, including the local and US Coast Guards, will conduct an annual combined exercise to “enhance interoperability and share best practices” for a week in Mindanao Sea in July.

The Cooperation Afloat Readiness and Training will be held on July 2 to 10 at the Naval Forces Eastern Mindanao area with at-sea activities in the vicinity of Mindanao  Sea said Navy spokesman Lieutenant Colonel Omar Tonsay.

The exercise will also test the personnel and naval assets, operational readiness and ultimately, improve the naval defense capability of the Armed Forces of the Philippines by an exchange of doctrinal and tactical best practices, Tonsay added.

Carat will be participated in by Barko ng Republika ng Pilipinas (BRP) Magat Salamat (PS20), BRP Miguel Malvar (PS19), BRP Salvador Abcede (PG114), and BRP Teotimo Figuracion (PG389) for the PN; the USS Vandergrift (FFG48) and USNS Safeguard (T-ARS 50) for the USN; BRP Pampanga (SARV 003) for the PCG; and the USCG WAESCHE (WMSL751) for the USCG.

The PN will also employ one (1) PN Islander (PNI 320) while the USN will provide a P3C Orion and a SH-60B helicopter together with a BO-105CB helicopter from PCG. Likewise, the exercise will involve around 400 personnel from the PN, 350 from the USN, 50 from the PCG, and 150 from the USCG.

Carat, which started in 1995, is a yearly combined exercise conducted at different Naval Forces areas of operations on rotation basis.

Tonsay said the venues have been determined a year in advance and are finalized following confirmation from both navies.

Last year, the exercise was conducted in Sulu Sea area east of Palawan under the Naval Forces West.