Councilman Barry apologizes to Asians in a closed-door meeting 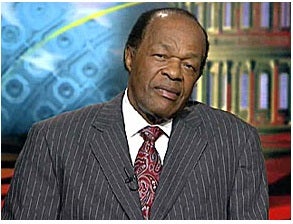 However, no one from the media was allowed to hear the actual apology, according to reports out of Washington DC.

Leaders from the Filipino, Korean, Chinese and Japanese American communities attended the closed-door meeting with Barry, his aides and several African Americans, at a church in Washington.

The woman, Geraldine Hall, who lives in Barry’s council District, added “Inside and out, they are filthy,” as she walked out of the meeting.

The Washington Post reported that the meeting took place to quell any racial tensions between African Americans and Asians.

Described as an “open dialogue” meeting, several reporters heard many unidentified people talk candidly about the issues in the district.

This meeting may have concluded Barry’s mini-controversy regarding his previous statements against Asians.

After being re-elected last month, he called Asian-owned businesses in his district, “dirty shops” and tweeted pictures of what he meant, before apologizing due to public and political pressure.

A few weeks after, he made similar disparaging remarks criticizing the hiring of nurses from the Philippines in the DC area.

It wasn’t until he suffered a blood clot and had to be taken to a hospital in Las Vegas, under the care of Filipino nurses that he apologized for those remarks.

After the news conference, Asian American leaders felt good about the open dialogue with Barry and accepted the councilman’s apology.