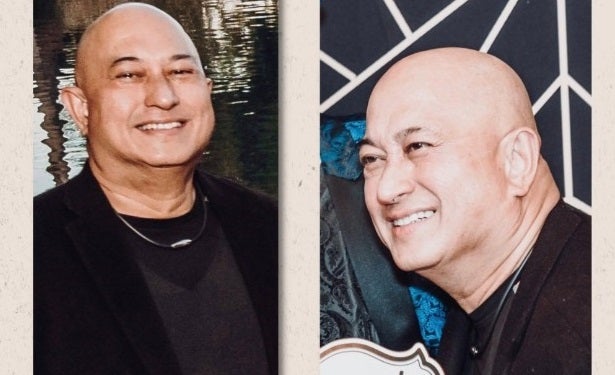 Valentino Alvero, the 68-year-old American citizen of Filipino descent, is killed in a shooting massacre at Monterey Park in California on Saturday, January 21, 2023. (Statement and photo shared by his niece Karmel Kwan)

MANILA, Philippines — The devastated family of Valentino Alvero–the 68-year-old Filipino who was killed in a shooting rampage at Monterey Park, California, fondly remembers him as the “life of any party.”

Alvero, an American citizen of Filipino descent, was among the 11 fatalities in the massacre, which took place at Star Ballroom Dance Studio in Monterey Park on Jan. 21.

READ: Filipino among fatalities of mass shooting in California

In a statement shared by his niece Karmel Kwan on Tuesday, Alvero’s family expressed their condolences to the other victims and their families “who have had to endure this heart-shattering and life-altering tragedy.”

“Our hearts are with you,” they said. “Overnight, we became unwilling members of a community who has to mourn the loss of our loved ones due to gun violence. We are left frustrated, stuck with this vicious cycle.”

The Alvero family then stressed: “Most importantly, please remember that Valentino is more than just a headline or a news story.”

“He was a loving father, a dedicated son and brother, a grandfather who loved his three granddaughters fiercely, an uncle who loved his nieces and nephews like his own. He loved people and hearing about their lives and in return, he shared his own stories with so much gusto and enthusiasm that you couldn’t help but listen and laugh along with him,” they recounted.

According to his family, Alvero loved ballroom dancing and his community and “was the life of any party.”

“We wish [we] could let him know that we will all miss him for the rest of our days on this earth. We hope that he danced to his heart’s content until the very end and hope that he is now dancing in heaven,” they added.

Alvero’s family also lamented how he could not receive his last rites as they called on all priests and Catholics to pray for him by his name – Valentino Marcos Alvero.

“Pray for Valentino by name, and for the souls of all victims of mass shootings and for an end to mass shootings in our nation and the world. He was a faithful servant of God, and we know that he would want the world to lift his family in prayer more than anything,” they said.

Our family’s official statement on the Monterey Park shooting: pic.twitter.com/Y55MAWjcWT

The Philippine Consulate General in Los Angeles earlier confirmed the “tragic news” that Alvero was among those killed in the mass shooting.

The consulate also vowed to assist Alvero’s bereaved family should they need any.

Police identified 72-year-old Huu Can Tran as the suspect in the deadly rampage in the middle of the celebration of the Lunar New Year at the dance studio popular among older patrons of Asian descent.

Following his shooting spree at the Star Ballroom Dance Studio, Tran traveled to another dance hall where his attempt for another attack was foiled. He later killed himself when approached by police on Sunday, according to authorities.

United States President Joe Biden, in a written statement, condemned the brazen killings and said that he had already directed his Homeland Security adviser to mobilize federal support to local authorities.