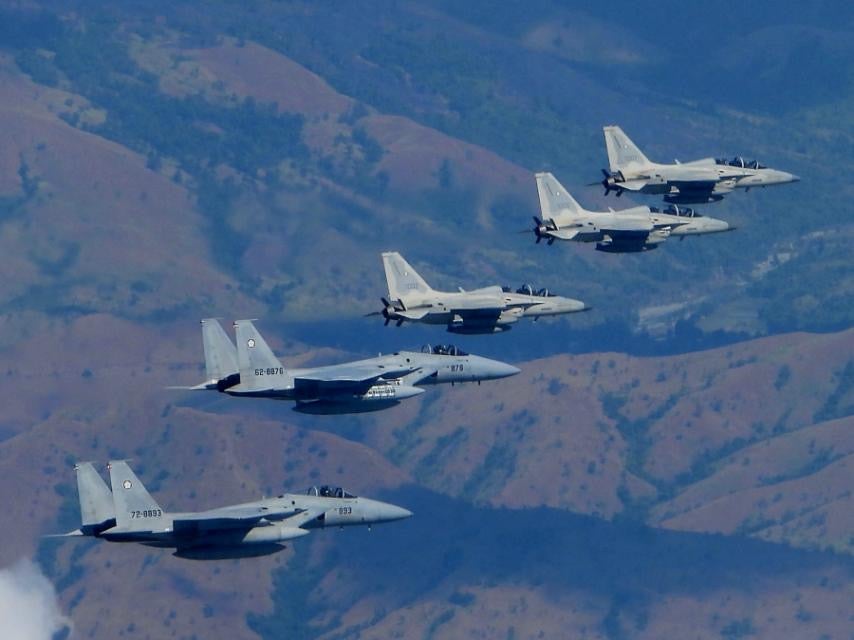 Japan sent two fighter jets to the Philippines for the first time as part of a bilateral air force exchange program, as the two US allies seek to reinforce military alliances amid regional tensions.

The two F-15Js of the Japan Air Self-Defense Force (JASDF) landed at Clark Air Base in Pampanga on Tuesday, making the Philippines the third country Japan has sent its fighter jets, after the US and Australia.

The Japanese fighter jets, which arrived at the tail end of the exchange, did not take part in kinetic exercises or a flight demonstration. They only held a “goodwill flight” with the Philippine Air Force’s (PAF) FA-50 light fighters when they were escorted upon their arrival.

“The fighters’ goodwill visit will serve as an avenue to leverage bilateral cooperation with JASDF to increase mutually beneficial activities and develop PAF’s defense capabilities given the current security challenges in the region,” the PAF said.

A total of 60 Japan air force personnel and 91 from the PAF took part in the exchange, which was held from Nov. 27 to Dec. 7. The final day of the program on Wednesday covered a briefing by JASDF on actions against violation of territorial airspace, and joint exercise activities with fighters.

Previous exercises between JASDF and the PAF in the last two years had focused on humanitarian assistance and disaster response.

The militaries of both countries have been stepping up bilateral engagements in recent months after their foreign and defense ministers met in Tokyo in April to expand defense cooperation amid concerns over the situations in the East and South China Seas and Russia’s invasion of Ukraine. It was the first “2+2” meeting between the two US allies.

The two countries are currently in talks for a visiting forces agreement which will make it easier for Japanese forces and their military equipment to operate in the country, including conducting joint exercises. The Philippines keeps a similar pact with the United States and Australia.