Chinese envoy says PH, China would be neighbors ‘through thick and thin’ 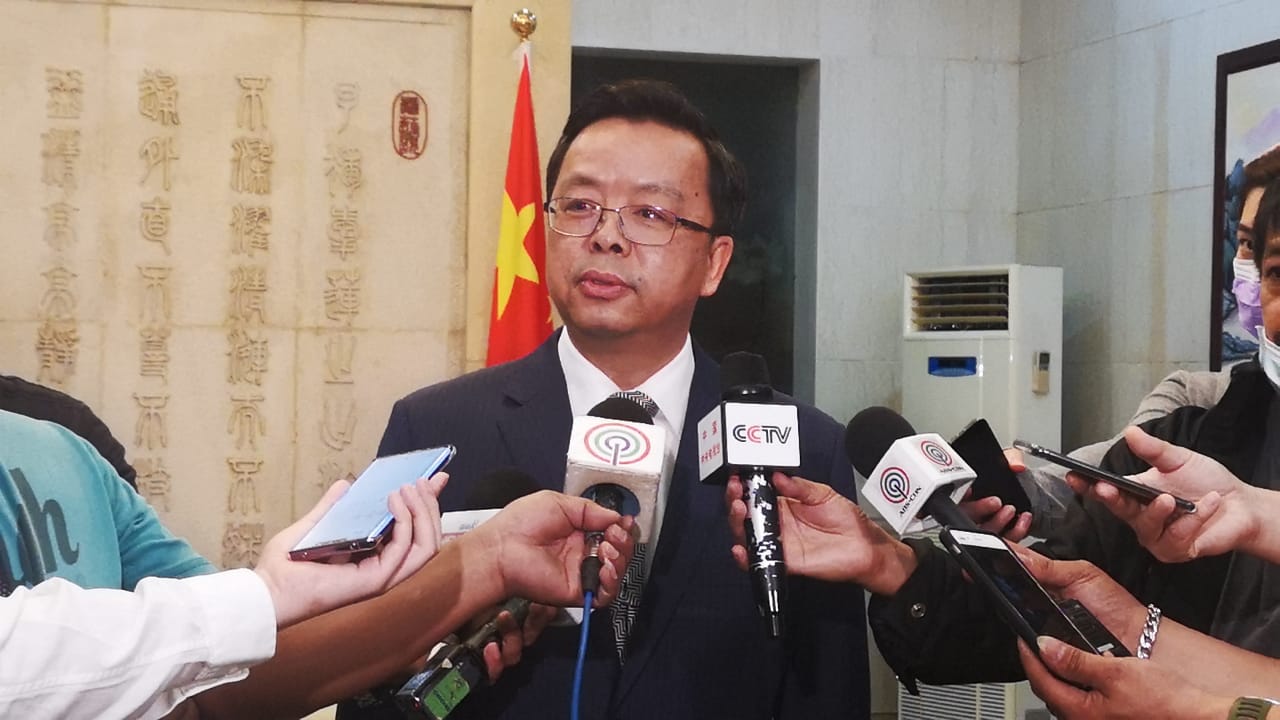 Chinese Ambassador to the Philippines Huang Xilian. (FILE) Photo from the Chinese Embassy

MANILA, Philippines — The Philippines and China would be neighbors through thick and thin amid the problems in the region and the world, Chinese Ambassador to the Philippines Huang Xilian said on Friday.

During the 7th Manila Forum for China-Philippines Relations on Friday in Parañaque City, Huang said that China brings forth a peaceful development that would provide stability to the world.

“China’s adherence to the path of peaceful development represents a growing force for the world peace.  With the stability of our own system, governance, policy, and development, China will provide much-needed certainty and stability to the world,” the Chinese Ambassador said in his speech.

“China marching towards modernization would bring more opportunities, inject stronger momentum for international cooperation, and make stronger and greater contribution to the human progress.  Ladies and gentlemen, China and the Philippines are neighbors facing each other across the sea, through thick and thin,” he added.

Senate Minority Floor Leader Aquilino “Koko” Pimentel III, who gave his speech after Huang, meanwhile said that the two countries should start acting as good neighbors because both countries would be geographically tied for a long time.

Pimentel said that since the two countries have been neighbors for long time and it would stay that way, cooperation rather than confrontation would be key for both sides.

“If we look at the countries, or the peoples, or the nations that they are trying to promote the understanding with, it is the Philippines and China — two neighbors, we have been neighbors for the past thousands of years,” Pimentel said.

“We will be neighbors for the next 10,000 years, we have no choice but to understand each other and start behaving as good neighbors to one another,” he added.  “So this is an organization which needs, which we should give all our support to.”

The Philippines and China have experienced better relations in recent years, due to former president Rodrigo Duterte’s independent foreign policy which mended ties between the two countries.  However, the Southeast Asian nation has protested China’s intrusion over disputed areas, particularly the West Philippine Sea.

Just this November, controversies surfaced again after a Chinese Coast Guard vessel forcibly took what was believed to be Chinese space debris that landed within the Philippine waters from local Coast Guard authorities.  Huang himself met with the Philippine Coast Guard commander to discuss the issue.

The said incident is only one of many issues between the two countries.  In the first quarter of 2021 — under Duterte’s administration — over 200 Chinese maritime militia vessels were found moored near the Julian Felipe Reef.

The said reef is just 175 nautical miles west of Bataraza, Palawan — which means it is well inside the Philippines’ exclusive economic zone (EEZ).  According to the Permanent Court of Arbitration decision in 2016 that invalidated China’s nine-dash claim, the Philippines enjoys exclusive rights to the EEZ.