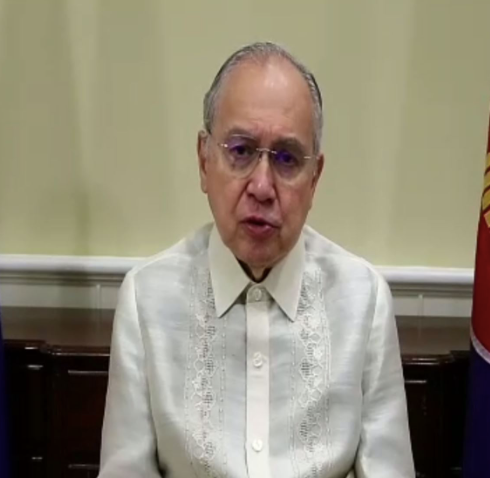 FILE PHOTO: Philippine Ambassador to the US Jose Manuel Romualdez. Image from the Philippine Embassy in Washington, DC Facebook page

MANILA, Philippines — President Ferdinand Marcos Jr. will be a “great spokesperson” of the Association of Southeast Asian Nations (Asean) leaders in the future.

This was according to Philippine Ambassador to the United States Jose Manuel Romualdez, a cousin of Marcos, as he noted how “articulate” the President can be – which, he claimed, impresses many leaders he has met.

“We can see now how articulate he can be and he can enhance the geopolitical situation, and I think that many of leaders who have met him… are very impressed with him,” he added.

For him, Marcos will be seen “playing a major role in the Asean community.”

Marcos, the envoy said, will continue his interactions with world leaders.

“He will continue to interact with many of these leaders, especially our allies, and making sure that we all are on the same page as far as the security and economic prosperity of the Asean region,” Romualdez said.

Early this month, Marcos went to Cambodia to attend the 40th and 41st Asean Summits. Last week, he attended the  Asia-Pacific Economic Cooperation or Apec Leaders’ Summit in Bangkok, Thailand. Next month, Marcos is set to travel to Brussels, Belgium to attend the Asean-European Union Summit.

More foreign trips lined up for Marcos next year