US eyes allocating $70 million for EDCA sites, arms in PH 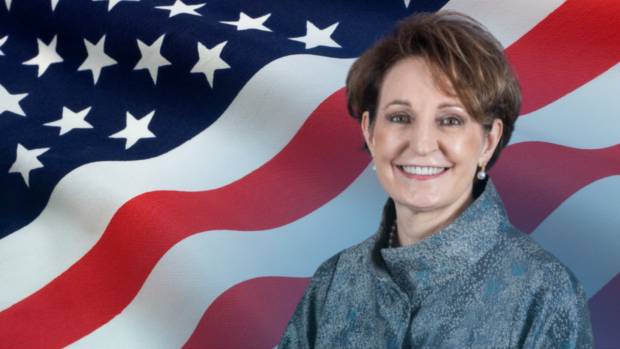 MANILA, Philippines — The United States is planning to allocate $70 million, or nearly P4 billion, in the next two years to implement the Enhanced Defense Cooperation Agreement (EDCA), a key military deal that would allow Washington to build facilities and preposition assets in some strategically located military bases in the country.

The agreement signed in 2014 — designed to address Chinese aggression in the South China Sea and respond to natural disasters — will finally make some major headway after facing delays during the administration of President Rodrigo Duterte, who had repeatedly expressed his disdain for the United States since he took office in 2016.

“These improvements are designed to enhance cooperative defense capacities and support humanitarian assistance disaster response activities, in ways that best meet the needs of the AFP [Armed Forces of the Philippines] and the alliance,” US Ambassador MaryKay Carlson said in a forum on Wednesday.

The EDCA, she said, is “another way to operationalize” the 1951 Mutual Defense Treaty, which binds both countries to defend each other in case of an armed attack. Prepositioned assets and weapons will allow the United States and the Philippines to respond quickly in times of disaster or crisis.

The two treaty allies have recently seen “new energy and revived confidence” under President Ferdinand Marcos Jr., who has been reaffirming ties with Washington, marking a departure from his predecessor who sought favor from China and Russia.

Acting Defense Secretary Jose Faustino Jr. said they had made “some progress” in three out of five predetermined EDCA sites — Antonio Bautista Air Base in Palawan, which is closest to the Kalayaan Island Group in the West Philippine Sea; Basa Air Base in Pampanga, the home of the Philippine Air Force’s fighter planes; and Fort Magsaysay in Nueva Ecija, the country’s largest military camp and a frequent location of Philippine-US military exercises.

Both sides are keen on exploring additional EDCA locations “that will build a more credible posture,” Faustino said. 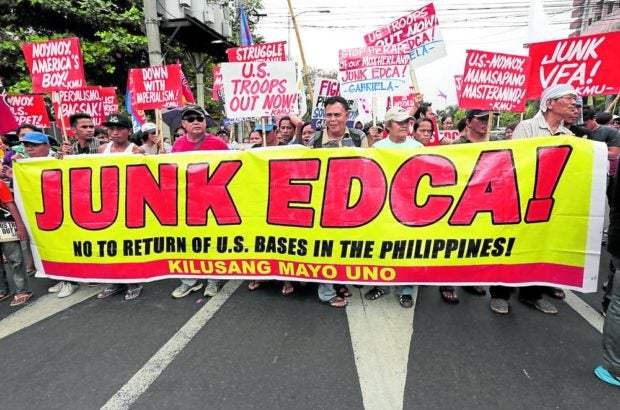 NO TO AMERICAN BASES | Activists opposed to the Enhanced Defense Cooperation Agreement between the Philippines and the United States—shown here in a protest march in February 2016—may have a new reason to return to the streets following statements from US Ambassador MaryKay Carlson on Wednesday, October 26, 2022. (File photo by GRIG C. MONTEGRANDE / Philippine Daily Inquirer)

“The EDCA is an important example of how we can come up with implementing details to treaties we have concluded … as well as the prepositioning of materiel that contribute to the AFP modernization to enable greater interoperability, capability, development, and modernization between our defense forces,” Faustino said.

In late September, Faustino met US Secretary of Defense Lloyd Austin in Hawaii against the backdrop of tensions in Taiwan and the South China Sea to discuss various ways to step up defense cooperation, including EDCA.

In the same forum, Foreign Secretary Enrique Manalo said the Philippines is counting on the United States “to help support us in upholding our sovereignty, sovereign rights and jurisdiction in the West Philippine Sea or South China Sea which are based on international law, and also pursue to deescalate tensions while promoting an international law-based order in the region.”

Faustino said that the Philippine-US alliance “makes an important contribution to our efforts to develop our own capability, as well as to regional peace and stability, which is an essential component of the Philippines’ national interest.”

Aside from EDCA, he said they are also prioritizing the conclusion of a General Security of Military Information Agreement, which will establish the terms for the protection of classified military information “with the hope that this will streamline technology transfer for our required capabilities and ultimately improve our interoperability.”

The Philippines and the United States will also hold a Bilateral Strategic Dialogue, and a “2+2 Dialogue” of senior foreign affairs and defense officials in the months ahead.

“These meetings represent important opportunities to reiterate our shared vision of the alliance and offer a platform to explore ways we can modernize the alliance to confront today’s complex challenges to our regional security interests,” according to Carlson.

EDCA was signed in April 2014 literally hours before then-US President Barack Obama arrived for a visit to Manila.

The constitutionality of EDCA was challenged in the Supreme Court, but it was declared constitutional in 2016 by the high court, which defined it as an executive agreement that seeks to implement existing treaties between the Philippines and the United States to boost defense and security cooperation.

The security pact grants the United States greater access to Philippine military bases, including the construction of facilities and storage of defense supplies.

In January 2019, then-Defense Secretary Delfin Lorenzana and then-US Ambassador to the Philippines Sung Kim inaugurated a warehouse, the first facility under EDCA, at Basa Air Base in Floridablanca, Pampanga, to house equipment to be used in humanitarian assistance and disaster relief missions.