After being one of the recipients of the Best Sustainability Company of the Year award at the Asia CEO Awards last year, outsource staffing solutions company Booth and Partners (B&P) has taken its advocacy to the next level by marking World Cleanup Day 2022 with a simultaneous underwater and coastal cleanup in Argao and Badian, Cebu last September 17. 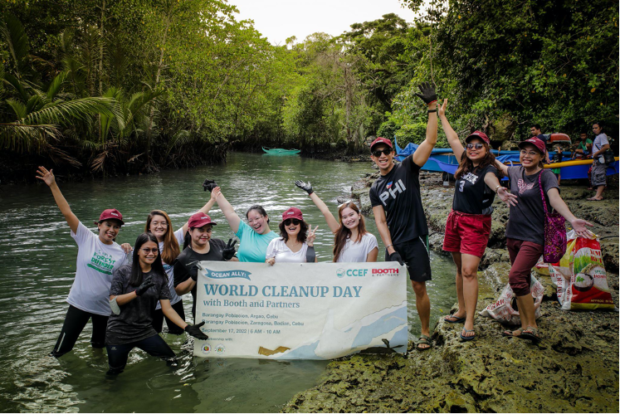 Together with their 1% for the Planet partner and non-profit organization, Coastal Conservation Education Foundation Inc. (CCEF), and the local government units of Argao and Badian, they were able to gather around 250 participants from the LGU, the  coastal community, independent volunteers, as well as the Booth and Partners employees to take part in the beach cleanup event dubbed as “Ocean Ally: World Cleanup Day with Booth and Partners.”

“We are mostly in Metro Manila however in the last year we have expanded in Metro Cebu, as well, and so that was the big reason for us to start to engage with them because we now have employees and resources in Cebu, where CCEF is operating,” said Booth and Partners’ Co-founder and Managing Director, Jamie Booth.

As B&P’s maiden on-site corporate social responsibility (CSR) event with the Cebu-based organization that specializes in Coastal Resource Management (CRM) in maintaining sustainable coasts through involved communities, the tandem widened their reach by removal not just the visible marine pollutants in the area but also the retrieval of a massive ghost net. 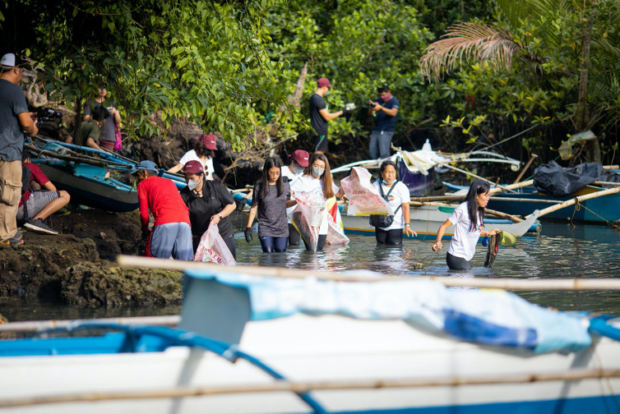 Around 250 participants from the LGU, the coastal community, independent volunteers, and B&P employees were present in the simultaneous coastal cleanup in Argao and Badian, Cebu. 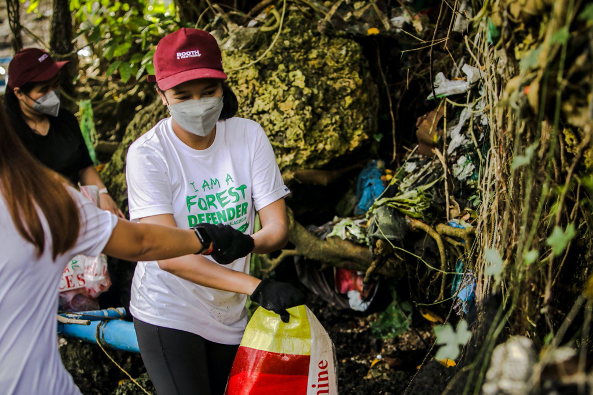 Apart from the removal of visible marine pollutants in the area such as human waste and plastic, the volunteers also retrieved a massive ghost net underwater.

Apart from trapping fishes in the seas, these ghost nets are especially harmful to the corals, similar to the one located in Zaragosa, Badian.

These ghost nets or abandoned fish nets have been posing dangers to the reefs by contributing to the plastic pollution that persists for years. Accounting for 46% to 70% of plastic pollution at sea, these discarded fishing gears have caused great concern due to their macroplastics contribution.

As a company that is centered on a culture of accountability, B&P has always been proactive in its CSR efforts ever since its launch. After being introduced to 1% for the Planet campaign by a client, B&P signed up for it in 2018. Companies that are members of the 1% for the Planet are to give 1% of their revenue to certified members, non-profit organizations for them to use for environmental causes.

“We didn’t want to go down the road wherein we were just donating but not actively participating. We want to be real. They (1% for the Planet)  basically created an ecosystem wherein we can do our giving, and provide our CSR efforts method, but it’s tracked, it’s measured, and it’s certified. And it’s real,” Jamie explained.

As a tribe that thrives in accountability, B&P and its team members aim not only to uplift and create impact not only among themselves but also in their communities. This commitment could very well be seen in the willingness of the B&P team members to take part in the event despite the distance. 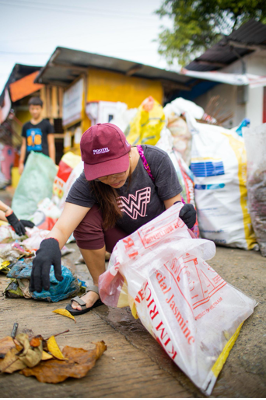 Apart from the removal of visible marine pollutants in the area such as human waste and plastic, the volunteers also retrieved a massive ghost net underwater.

“That to me is a great showcase of our environmental commitment and we hope that these efforts, no matter how small or big they may be will create a ripple effect that will amplify so more organizations will do the same,” said NJay de Vera, Booth and Partners’ Client Services Manager.

With the success of the event, Jamie is hoping that it would give birth to more interactions and activities with CCEF in the future, particularly because B&P’s manpower and resources in the Visayas region have been seeing a consistent uptick.

“For us, we are a growing business and where we see it going in the future is we are growing so our resources are growing and our donations will grow. We hope that it will continue to be a supportive relationship between our organizations. And we look forward to building our relationship with them and finding different ways to help them with their causes in protecting the coral reefs of the Philippines,” Jamie ended.