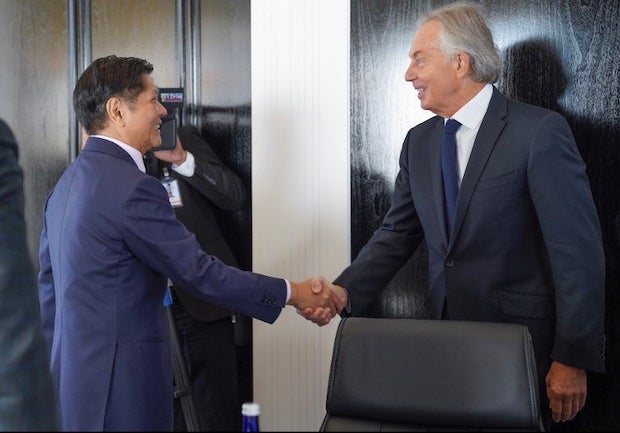 President Ferdinand Marcos Jr. and former UK Prime Minister Tony Blair discussed several issues during their meeting in the US on Tuesday (Wednesday in Manila). (Photo from the Facebook page of President Marcos)

Blair is the executive chairman of the Tony Blair Institute for Global Change.

“We tackled the optimistic peace process in the Bangsamaro Autonomous Region of Muslim Mindanao (BARMM) and explored concrete ways to address other priority issues in the global economy such as food security, climate action, and trade,” he added.

The president also met with executives of US-based food corporation Cargill, which describes itself as one that “brings food, agricultural, financial and industrial products to people who need them all around the world.”

Malacañang has yet to release further details of the meetings.