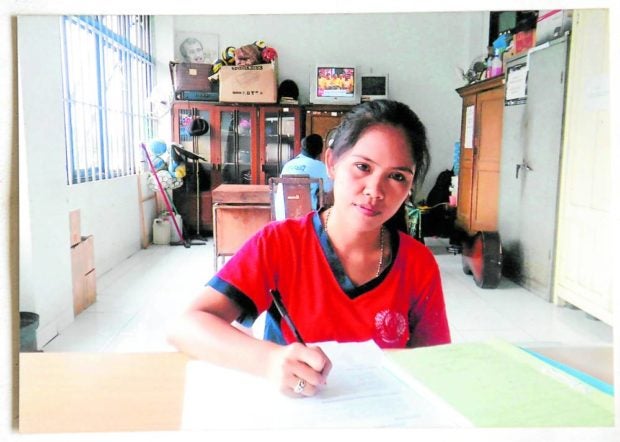 JAKARTA—Finally, some bit of good news for Mary Jane Veloso.

Foreign Secretary Enrique Manalo “brought up” in his talks with his Indonesian counterpart the case of the 37-year-old Filipino death row convict, who was sentenced to die by firing squad in 2010 for drug trafficking, Press Secretary Trixie Cruz Angeles said on Monday.

“On that, we can confirm because Secretary Manalo did announce that,” Angeles replied when asked if Manalo was able to raise Veloso’s status with the Indonesian ministry of foreign affairs.

“But the talks continue. So that is the only thing that we can confirm right now,” she said in a press briefing.

Angeles, however, said President Ferdinand Marcos Jr. did not discuss the matter with Indonesian President Joko Widodo during their bilateral meeting at the Bogor Palace. The two heads of state tackled issues on regional security as well as defense and economic cooperation between the two countries.

Manalo was among the Cabinet members who accompanied the President for his three-day state visit to Indonesia, his first official state visit since assuming office on June 30.

Angeles said she could not provide more details of Manalo’s latest efforts to come to Veloso’s aid since these involved “very sensitive issues.”

She also clarified that while the Department of Foreign Affairs (DFA) would take the lead in dealing with Veloso’s case, it did not mean that the newly created Department of Migrant Workers would “defer any decision making” to the foreign department.

“As you know, it is a public matter that (Veloso) has been convicted. But our DFA continues to look for solutions (to help her),” Angeles said.

Migrant Workers Secretary Susan Ople, who is also part of the president’s delegation, earlier said that she and Manalo agreed that the DFA would take the lead in dealing with Veloso’s case since “it has the institutional memory and knowledge from the start of the case.”

The president, according to Angeles, wanted the government to “speak with one voice,” particularly on issues concerning the welfare of Filipino migrant workers and matters with diplomatic implications.

“They’re coequal (departments). But it is the DFA [which] must transmit that, both to the department secretaries and to the public,” she said.

This developed as Migrante International on Monday held a prayer rally outside the DFA in Pasay City as they appealed to the President to negotiate with Widodo the clemency for Veloso.

The group urged Marcos to appeal for clemency for Veloso on humanitarian grounds and to bring her home to her family.

Veloso’s father, Cesar, said the president was his family’s only hope for his daughter to regain freedom.

“We are really fighting for it, I hope he doesn’t abandon us. He’s already the third president, the last two presidents didn’t do anything. He is our only hope,” he said.

Veloso’s parents have written Marcos to ask him to speak with Widodo about Veloso’s release.

“Her case against her traffickers is moving but we don’t know when a decision will come, so we are calling on the President to find another way, he can ask for a clemency from the Indonesian president,” Migrante International spokesperson Joanna Concepcion said in a radio interview.

Concepcion said they believed that a clemency would speed up Veloso’s release from prison.

Migrante said the prayer rally was part of a series of events being organized by advocates such as Migrante International, Migrante Philippines, Church Task Force to Save Mary Jane, and Churches Witnessing with Migrants.

Hopes for Veloso’s release were raised when the first foreign trip of the President to Indonesia was announced.

Veloso’s parents, Cesar and Celia, told the Inquirer last week that their daughter was “so sure” of reuniting with them as Mr. Marcos embarked on his inaugural foreign travel.

But the convicted drug mule’s fate remained up in the air after Marcos did not even mention her case when he faced around 300 members of the Filipino community in Indonesia on Sunday.