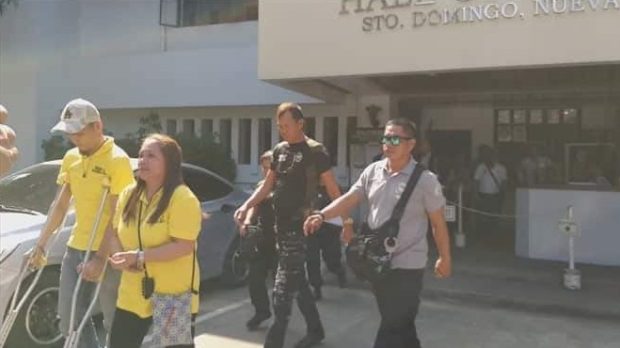 Cristina Sergio and Julius Lacanilao emerge from the court after they were convicted of large-scale illegal recruitment by the Regional Trial Court in Nueva Ecija. Sergio and Lacanilao were accused of illegally recruiting Mary Jane Veloso who is at the death row in Indonesia for drug trafficking. Photo by Armand Galang 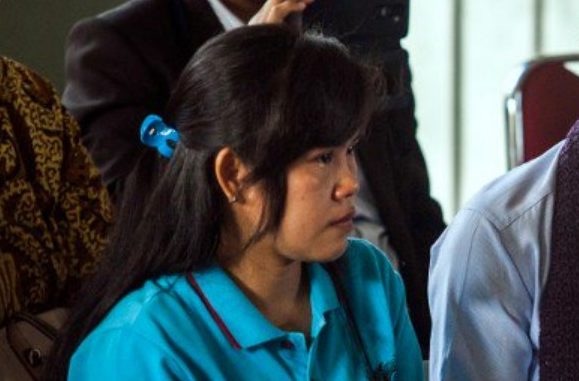 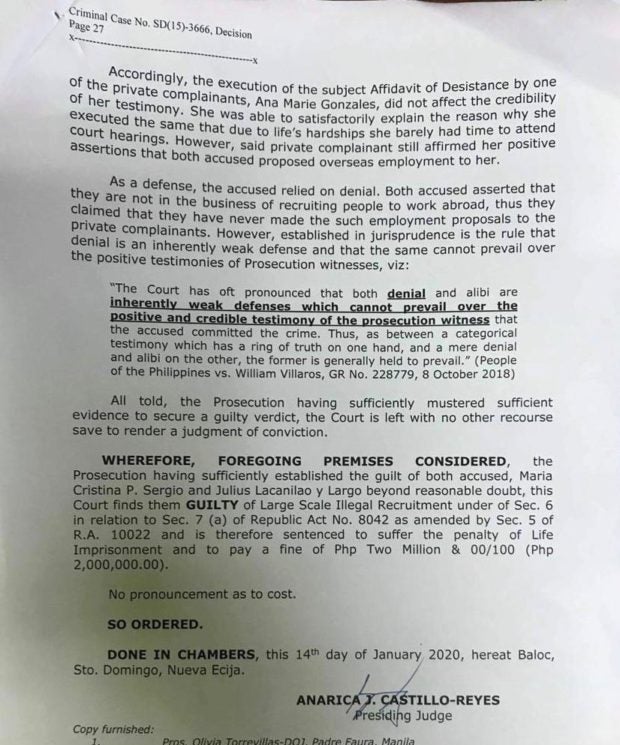 The case was based on the complaints of Lorna Valino, Ana Maria Gonzales and Jenalyn Paraiso.

The case is separate from the complaint of Veloso which is still pending before Nueva Ecija RTC.

“We are of course glad that justice has been served even if only partially and initially with respect to Mary Jane’s fellow victims. We look forward to the full achievement of justice when the other case of Mary Jane is resolved and she herself is ultimately and finally sent home free in time,” Olalia said in a statement.

“We all owe it to millions of our fellow citizens who meet misfortune at the hands of unscrupulous people who took advantage of their vulnerabilities,” he added.

Veloso was arrested in 2010 for bringing in a suitcase containing 2.2 kilograms of heroin at the Yogyakarta airport.

She was sentenced to death by firing squad in 2015, but was granted a reprieve moments before her execution by Indonesian President Joko Widodo at the request of then President Benigno Aquino III to allow her to offer testimony against Sergio and Lacanilao, who had surrendered to authorities in Manila.

One of 3 complainants vs Veloso recruiters backs out