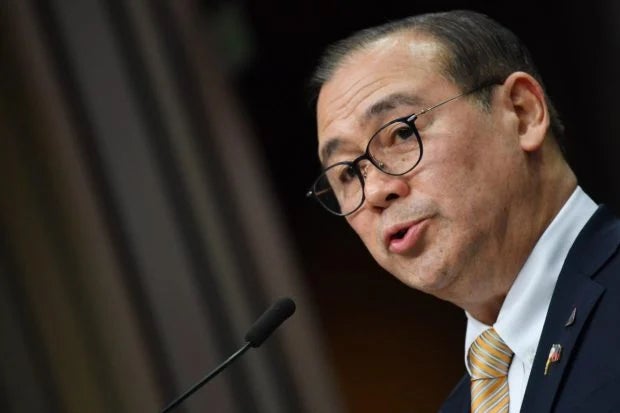 Locsin was nominated to the position in a letter from the Palace dated August 30.

“Pursuant to the provisions of Section 16, Article VIl of the 1987 Constitution and existing laws, you are hereby nominated Ambassador Extraordinary and Plenipotentiary to the Kingdom of Great Britain and Northern Ireland, with concurrent jurisdiction over Ireland, Isle of Man, Bailiwick of Jersey, and Bailiwick of Guernsey,” the letter read.

The letter also stated that with the position, Locsin is granted with the salary and emoluments of a Chief of Mission, Class I.

“By virtue hereof, and upon consent by the Commission on Appointments, you may qualify and enter upon the performance of the duties of the office, furnishing this Office and the Civil Service Commission with copies of your oath of office.

“We confirm the appointment of Teodoro Lopez Locsin Jr. as the Ambassador Extraordinary and Plenipotentiary to the United Kingdom of Great Britain and Northern Ireland,” Press Secretary Trixie-Cruz Angeles said.