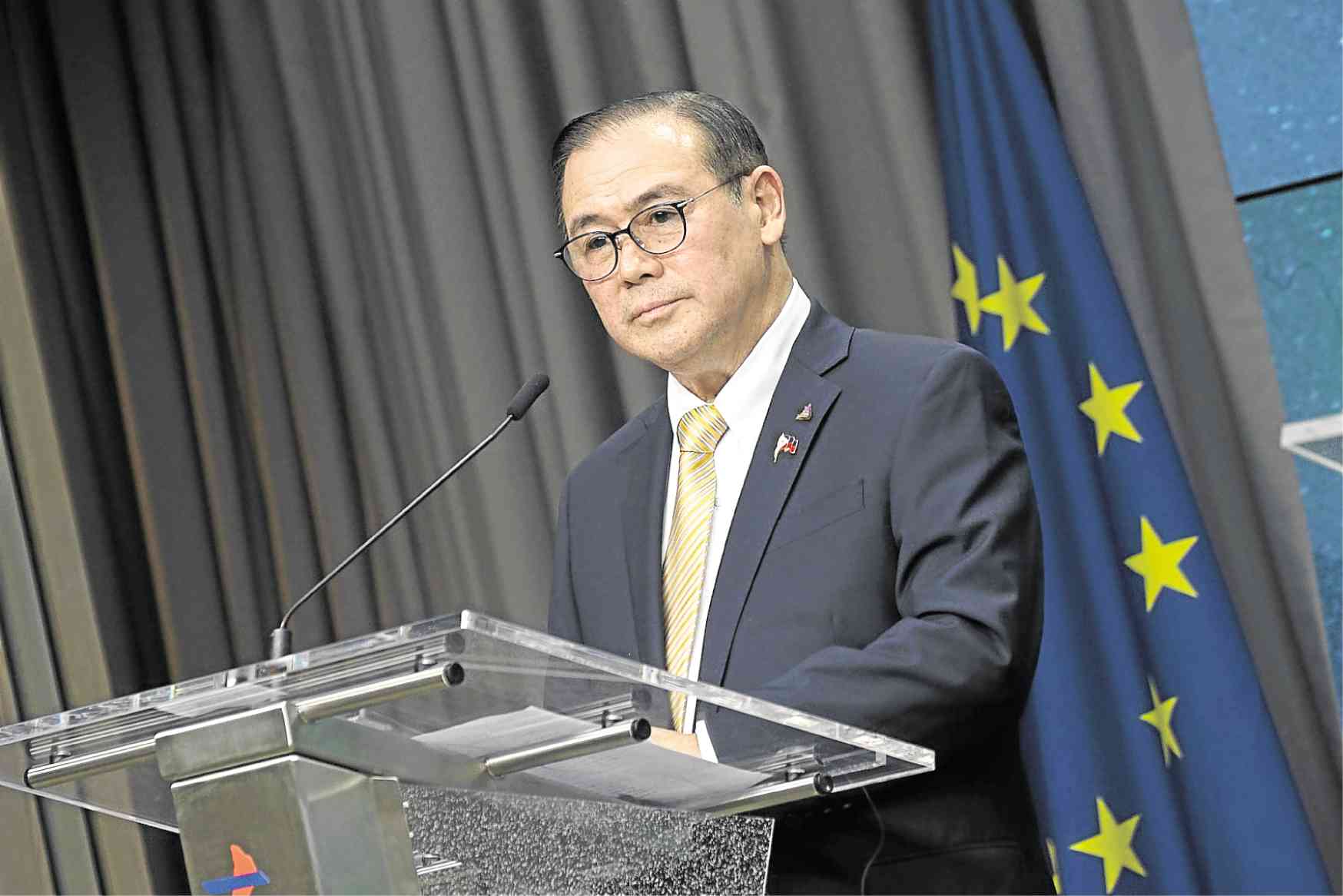 MANILA, Philippines — Foreign Affairs Secretary Teodoro Locsin Jr. said he is heading to the Ukrainian border to ascertain the safety of Filipinos as Russia launches an attack on the eastern European country.

In a tweet early Friday, Locsin said Department of Foreign Affairs (DFA) Assistant Secretary Jet Leda and his protocol officer George Pineda are accompanying him on his trip.

“I’m going with ASEC Jet Ledda and [George Pineda] my protocol to personally see to the safety of my people at Ukrainian border. Deeply grateful to Poland. We’ll never forget this,” the DFA chief wrote on Twitter.

I’m going with ASEC Jet Ledda and @georgexpineda my protocol to personally see to the safety of my people at Ukrainian border. Deeply grateful to Poland. We’ll never forget this. https://t.co/tXyig2MqQO

Earlier, Locsin said Poland agreed to take in Filipinos leaving Ukraine even without a visa.

So far, the DFA has repatriated six Filipinos from Ukraine. It also said it is ready to assist other Filipinos wishing to return to the Philippines amid the crisis.

The DFA said it has so far accounted for 181 Filipinos in Ukraine.

“For now, we urge our kababayans in Ukraine not to panic but to exercise caution and mind their movement, to keep their vigilance, and to maintain communication with the Philippine Embassy Team in Lviv or the Consulate General in Kyiv should they need any assistance,” the DFA said in an earlier statement.

“We also wish to assure our kababayans that the DFA will maintain its presence in Lviv in support of the Consulate General in Kyiv as long as there is a clear and present need,” it added.

IN PHOTOS: Russian invasion of Ukraine