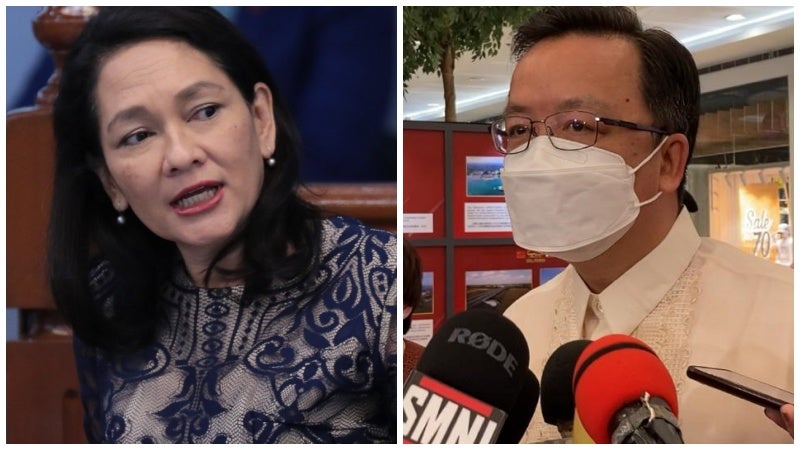 Huang earlier called on the Philippines to abide by the One China Policy after United States (US) House Speaker Nancy Pelosi visited Taiwan, a self-governing island being claimed by China as part of its territory.

Hontiveros lamented that China rejects rulings when it is disadvantageous to them, hence, the envoy should not preach the One China principle.

“In fact, the Ambassador shouldn’t pontificate on such policies, especially considering that his country stubbornly and steadfastly refuses to recognize a decision rendered by an international arbitral court, and ignores and flouts international law in the West Philippine Sea when it suits her interest,” she said in a statement.

Hontiveros noted that the Philippines is following an independent foreign policy and the envoy should not lecture on how to pursue it.

“Must I also remind the ambassador that in our pursuit of our independent foreign policy, the Philippines has every right, at any time, to review, amend, or modify our foreign policy,” she said.

“It is unfortunate that the good ambassador felt the need to impose his will on our country, disrespecting our agency and autonomy. Ang Pilipinas ay may sariling pagkakakilanlan at pag-iisip. Huwag sana nilang pangunahan,” the senator continued.

(The Philippines has its own identity and thinking. They should not precede it.)

Meanwhile, some of Hontiveros’ colleagues in the upper chamber encouraged Filipinos to abide by the One China Policy.

Senate Minority Leader Aquilino “Koko” Pimentel III cautioned the government to beware of its pronouncements on the China-Taiwan-US issue as it is a “very sensitive issue for all the parties involved.”

He, however, urged the government to “re-state our adherence to the One China Policy” and “call for the lessening of tension in this part of the world.”

“The Philippines remains steadfast in upholding the One-China policy, and we trust that the People’s Republic of China recognizes our commitment to peace and prosperity in the region,” she posted on her social media page.

Senator Jinggoy Estrada, on the other hand, hoped “that the situation will not worsen nor escalate into something more serious, as any confrontation between two major powers could be devastating for the world economy.”

“It is in our best interest to preserve and safeguard peace, and promote stability and security, with the help of our neighbors in Southeast Asia,” said Estrada.

The Department of Foreign Affairs has reaffirmed its adherence to the One China Policy and pushed all parties to practice restraint.

Earlier, Malacañang assured the public that they are “closely monitoring” China’s action amid the rising tensions.