If other countries refuse to join, then why should we rejoin ICC? Bato Dela Rosa asks | Global News

If other countries refuse to join, then why should we rejoin ICC? Bato Dela Rosa asks 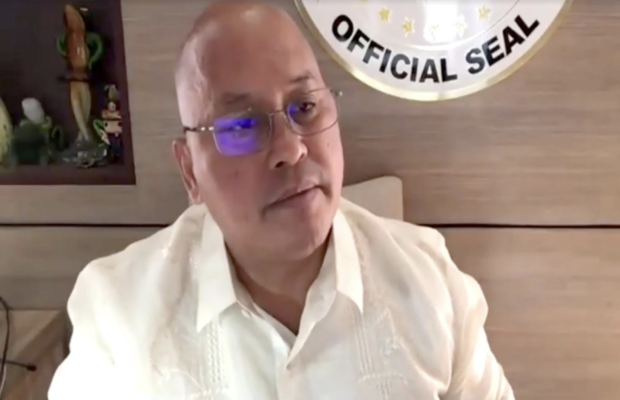 MANILA, Philippines — At least two senators are backing President Ferdinand “Bongbong” Marcos Jr.’s declaration that the Philippines would not rejoin the the International Criminal Court (ICC).

One of them is Senator Ronald “Bato” dela Rosa, one of those charged with crimes against humanity before the ICC along with former President Rodrigo Duterte, whose bloody war on drugs had resulted in thousands of suspected drug personalities getting killed.

“If US, China, Russia, India, Israel and other countries refuse to join the ICC then why should we rejoin?” Dela Rosa said in a text message late Monday night.

“I don’t see any compelling reason for us to do so and allow them to meddle with our internal affairs that is tantamount to surrendering to them our sovereignty as a nation,” he added.

As then head of the Philippine National Police, Dela Rosa led the bloody war on drugs during the past administration.

Senator Francis Tolentino, vice chairman of the Senate committee on foreign relations, also gave his “full support” to the President’s decision not to rejoin the ICC.

The national courts, he said, should have the “primacy in dispensing justice.”

“And this is even recognized by the ICC’s own ‘complementarity principle,'” he pointed out.

Echoing Dela Rosa, Tolentino said: “We thus associate ourselves with other nations like the United States, India and China in refusing to annex the Rome Statute’s sovereignty-diluting mechanisms which is violative of the Vienna Convention on the Law of Treaties.”

In an interview with reporters on Monday, Marcos said the Philippines “has no intention of rejoining the ICC.”

( What we’re saying is that we are already conducting  our own investigation, so  why is there a  need for another probe?)

Senate Minority Leader Aquilino “Koko” Pimentel III and Senator Risa Hontiveros earlier expressed their dissent with the decision though they recognized it was the prerogative of the President.