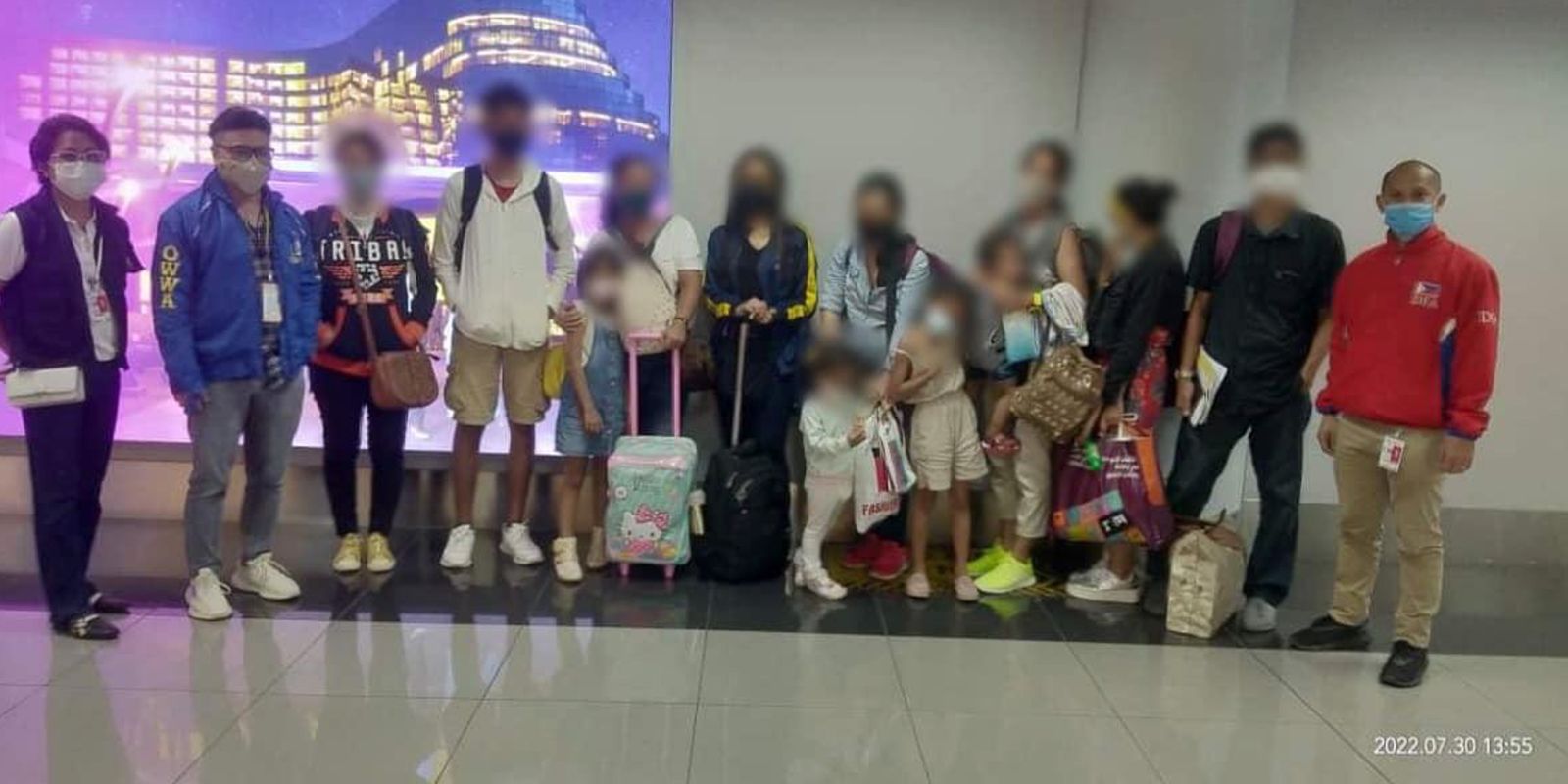 MANILA, Philippines — Some 13 Filipinos have been repatriated from Sri Lanka, the Department of Foreign Affairs (DFA) said Sunday.

According to the DFA, the 13 Filipinos who arrived in the Philippines on Saturday are composed of six women, two men and five minors.

The 13 are the first batch of the 114 Filipinos who have signified their intent to return to the Philippines because of the ongoing unrest in Sri Lanka.

The DFA said it plans to complete the repatriation of the 114 Filipinos by the second week of August. It also assures that the distribution of financial assistance for the repatriates is underway.

“The DFA continues to assist all distressed Filipinos overseas, including undocumented contract workers. We are coordinating with the Department of Migrant Workers (DMW) and other concerned agencies during this transition period, as the DMW sets up its Migrant Workers Offices abroad,” said Foreign Affairs Acting Undersecretary Eduardo Jose A. de Vega.

“The DFA shall always stand ready to assist in repatriating distressed Filipinos, true to our mandate of being guardians of the welfare of our overseas kababayan,” he added.

According to De Vega, the cost of the repatriates’ return airline tickets were shouldered by the DFA.

The repatriation efforts were triggered by the worsening economic crisis in Sri Lanka. Just in April, the country declared a state of emergency due the crisis, facing scarcity of foreign exchange stalling essential imports.