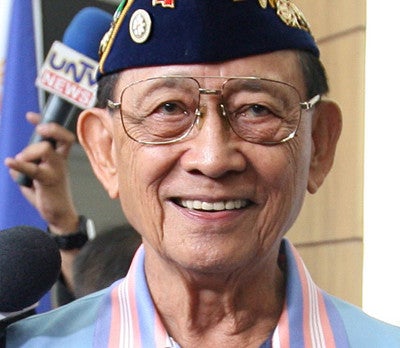 MANILA, Philippines — The United States Embassy in Manila and the European Union (EU) delegation in the Philippines extended their condolences to the Philippines over the passing of former president Fidel Ramos.

Ramos died on Sunday at the age of 94.

“We will always remember his contributions to the U.S.-Philippines bilateral relationship,” said Carlson.

On behalf of the U.S. Embassy community, I offer my heartfelt condolences to the loved ones of former Philippine President Fidel V. Ramos and the people of the Philippines. We will always remember his contributions to the U.S.-Philippines bilateral relationship. pic.twitter.com/d8xIYLUY3K

The U.S. Embassy offers its sincerest condolences to the family and friends of former Philippine President and United…

Meanwhile the EU delegation in the Philippines also condoled with Filipinos, as it recognized Ramos as a pillar of democracy and an icon of the Edsa revolution.

“FVR was a dedicated statesman & a friend of the [EU] under whose term the [EU and Philippines] deepened,” it said.

“FVR was a pillar of democracy and an icon of the EDSA revolution,” it added.

#EUinthePhilippines extends condolences to the people of the 🇵🇭 and to the family of former President Fidel V Ramos. FVR was a dedicated
statesman & a friend of the 🇪🇺 under whose term the 🇪🇺🤝🇵🇭 relations deepened. FVR was a
pillar of democracy &🕊️an icon of EDSA revolution. pic.twitter.com/i1et3JeiXJ

He was also one of the leaders of the Edsa People Power Revolution in 1986.