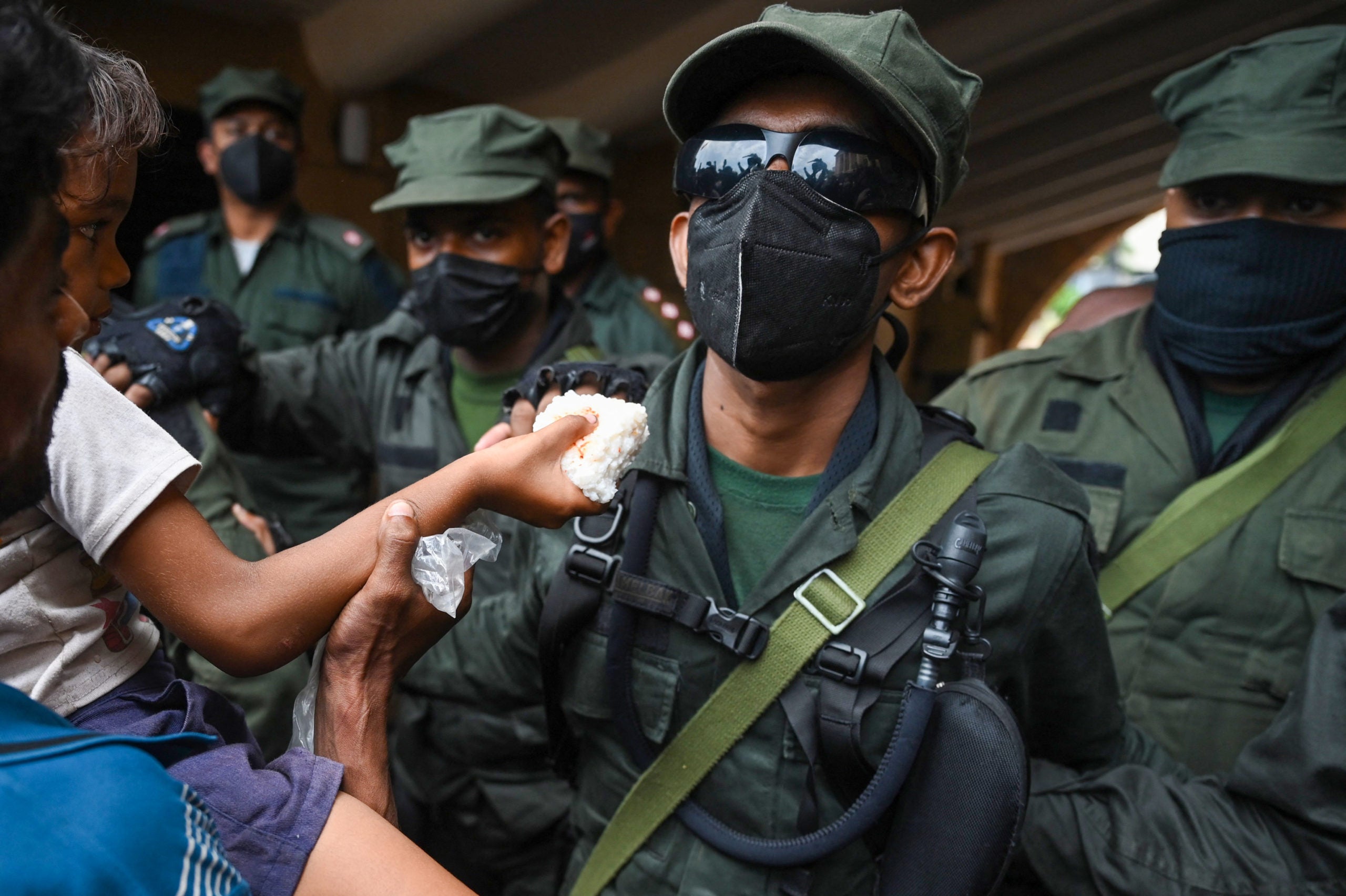 Demonstrators distribute auspicious milk rice as a part of celebration after the resignation of ousted Sri Lanka’s President Gotabaya Rajapaksa at the Presidential Secretariat in Colombo on July 15, 2022. (Photo by Arun SANKAR / AFP)

MANILA, Philippines — The Department of Foreign Affairs (DFA) on Saturday announced that Sri Lanka has been placed under Alert Level 2 following unrest triggered by an economic crisis.

This classification means that no new overseas Filipino workers (OFWs) will be allowed to go to the South Asian country, according to the DFA.

“Under Alert Level 2, there will be no new deployment of overseas Filipino workers to Sri Lanka, and only those with existing employment contracts are allowed to return to the country,” the DFA said in a statement.

Despite the situation in Sri Lanka, the DFA said there are no plans yet to evacuate Filipinos from the country.

No Filipinos were reported injured during the recent violent protests, the DFA said.

The DFA also reminded Filipinos in Sri Lanka to stay at home and avoid areas where there are protests “and refrain from joining the mass action for their own safety and well-being.”

Protesters overran Rajapaksa’s palace at the weekend, which prompted his departure to neighboring country Maldives.