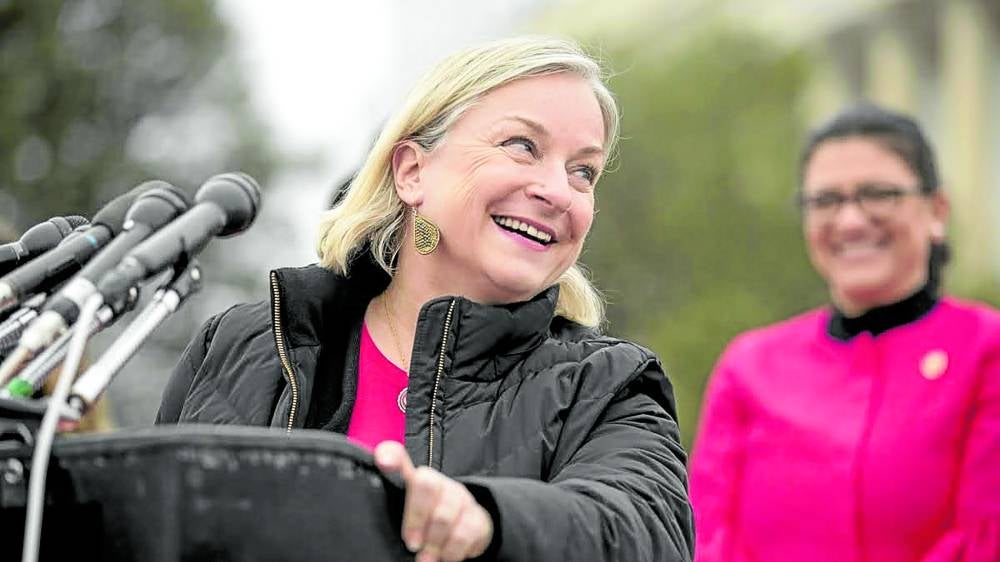 The US House of Representatives has approved amendments to a law authorizing American aid to the Philippine National Police that would block the security assistance unless certain measures were taken to investigate human rights abuses by the police and punish those responsible.

In a July 14 post on Twitter, Rep. Susan Wild of Pennsylvania said five of her amendments to the National Defense Authorization Act (NDAA) for 2023 were approved, including one that would “expose human rights violations” committed by the Philippine military, police and paramilitary forces, and another that would “condition assistance to the Philippine National Police on respect for fundamental human rights.”

Under the amendments, there should be no funds authorized “to be appropriated or otherwise made available” as aid to the PNP until Secretary of State Antony Blinken certifies to the US Congress that the Philippine government has made significant improvements in addressing human rights issues against its national police force.

In her remarks on the US House floor on Thursday (Manila time), Wild cited figures from human rights groups of around 30,000 extrajudicial killings in the Philippines, a reference mostly to the casualties of the brutal war on drugs by President Marcos’ predecessor, Rodrigo Duterte.

The Duterte administration acknowledges that only a little more 6,000 were killed in the antinarcotics drive during his six-year term.

The Democratic lawmaker also bewailed the different forms of harassment such as Red-tagging and arrests of labor organizers and opposition figures.

She said a US citizen and activist, Brandon Lee, was shot outside his home in Ifugao province in 2019 after he was branded as an “enemy of the state.” Lee was paralyzed from the chest down, according to Wild.

“Brandon deserves to know that his government stands with him not with his attackers,” she said.

“Our constituents’ tax dollars should not be used to supply weapons, training, or any other assistance to state security forces that violently target political opponents,” Wild said.

Wild’s move was hailed by civil society groups in the United States, including the International Coalition for Human Rights in the Philippines (ICHRP), the Kabataan Alliance and the Malaya Movement.

“Friendship between the people of the United States and the Philippines is demonstrated by genuine acts of solidarity, like those being exemplified by Rep. Wild in her taking bold steps toward a more sensible US-Philippines relationship,” said Drew Miller, national coordinator for the ICHRP-US.

In a message to reporters on Friday, Police Brig. Gen. Roderick Augustus Alba, the chief of PNP public information office, said they would respond after “gathering data.” He did not elaborate.

In 2020, the PNP brushed off a bill authored by Wild to “suspend the provision of security assistance to the Philippines until the government of the Philippines has made certain reforms” in its military and police forces.

Wild’s measure cited the 2019 human rights report on the Philippines by the US Department of State which found that “government security agencies and their informal allies committed arbitrary or unlawful killings” in connection with drug war.

The PNP at that time belittled any pullout of US assistance, saying it would not affect the organization since it had the “full support” of then President Rodrigo Duterte.

Despite drawing support from several faith and civic groups in the United States, the bill did not move after its referral to the committees on foreign affairs and on financial services.

The key features of Wild’s bill, however, were incorporated as amendments this time to the US foreign security aid law.

The conditions laid down by Wild’s amendments prior to sending security aid to the PNP include the investigation and successful prosecution of officers who had violated human rights and that the organization would ensure that its personnel had cooperated with judicial authorities “and affirmed that such violations have ceased.”

The new administration under President Marcos should also establish that the PNP “effectively protects” the rights of trade unionists, journalists, human rights defenders, government critics, faith and religious leaders, and other activists “to operate without interference.”