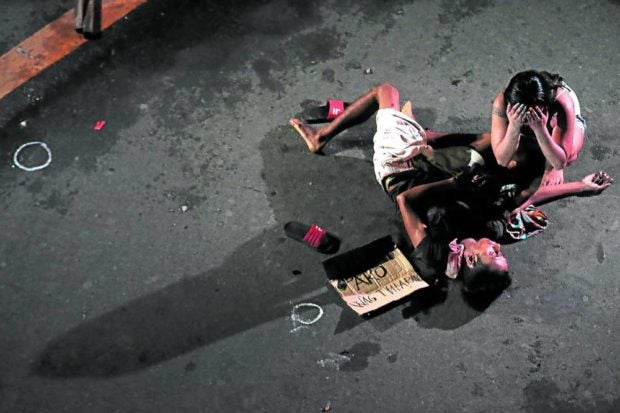 MANILA, Philippines — An amendment to an American law prohibiting the United States government to provide “certain assistance” to the Philippine National Police (PNP) until a series of human rights requirements are met is being pushed in the House of Representatives there.

The amendment to the National Defense Authorization Act (NDAA) for Fiscal Year 2023 was introduced by Pennsylvania Rep. Susan Wild, who said that the United States’ taxpayers’ money “shouldn’t be used to supply weapons, training, or any other assistance to state security forces that violently target political opponents.”

In her speech, Wild hit former President Rodrigo Duterte and mentioned the alleged extrajudicial killings in the Philippines beginning in 2016.

“The time is long overdue to begin putting some basic human rights guardrails in place in the United States-Philippines relationship,” Wild said.

“I believe our policy should be built on a clear principle: our constituents’ tax dollars shouldn’t be used to supply weapons, training, or any other assistance to state security forces that violently target political opponents,” she added.

The PNP also has to establish that it protects the “rights of trade unionists, journalists, human rights defenders, critics of the government, faith and religious leaders, and other civil society activists to operate without interference.”

Wild said those who oppose her amendment will argue that providing uncritical assistance to the Philippines is “critical for our national security objective of countering China.”

“But the need to counter the Chinese regime’s authoritarianism on the international stage is precisely why it’s so important that we maintain our credibility on human rights,” Wild said.

“It is why it is so vital that we do not undermine our own case for democracy and open ourselves up to charges of hypocrisy by supporting brutal regimes out of short-term expediency,” she added.

In a tweet, Wild said that her amendment “sends a signal that respect for human rights is a cornerstone of US foreign policy, rather than a slogan.”

INQUIRER.net has reached out to the PNP and Palace for a reaction to this story but has yet to receive a reply as of posting time.

Duterte hopes his successor will continue war on drugs