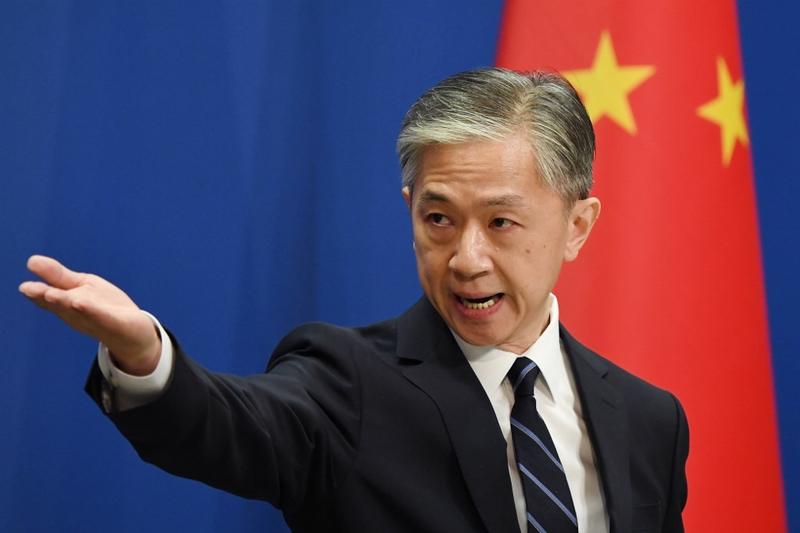 Chinese Foreign Ministry spokesperson Wang Wenbin in a press conference on Wednesday said: “The so-called award of the South China Sea arbitration seriously violates international law including the United Nations Convention on the Law of the Sea. It is illegal, null, and void.”

He reiterated that China’s position on the matter is “consistent and clear.”

“China neither accepts nor recognizes it and will never accept any claim or action based on the award. By doing so, we are upholding international rule of law,” he added.

Wang also claimed that Beijing’s position on the issue received a warm response from the international community.

He then warned that they will address attempts to infringe on China’s sovereignty, rights, and interests in accordance with the law. He said these efforts will not succeed.

Wang’s reaction came after the Philippines, which marked the sixth anniversary of the PCA ruling, said that the arbitration award is “final” and “indisputable.”

In 2016, the court based in The Hague, Netherlands, ruled that the Philippines has exclusive sovereign rights over the West Philippine Sea in the South China Sea, invalidating Beijing’s sweeping and overlapping claims in one of the world’s most important economic and environmental areas.

Wang likewise criticized the United States (US) for “ignoring the history and facts of the South China Sea issue and violated and distorted international law.”

“It has broken its public commitment of taking no position on sovereignty claims in the South China Sea, and sought to drive a wedge between regional countries and undermine peace and stability in the region. This is extremely irresponsible,” he said.

The US earlier called on China to follow international law and stop its “provocative behavior” in the South China Sea.

READ: US lays out case against ‘unlawful’ China maritime claims

He also claimed that China and the regional bloc agreed that the South China Sea concern “should be handled following the dual-track approach, namely, maritime disputes should be handled properly by countries directly concerned through dialogue and consultation, and peace and stability should be jointly safeguarded by China and ASEAN countries.”

Aside from the Philippines, other ASEAN member states who are asserting claims in the South China Sea are Brunei, Indonesia, Malaysia, and Vietnam.