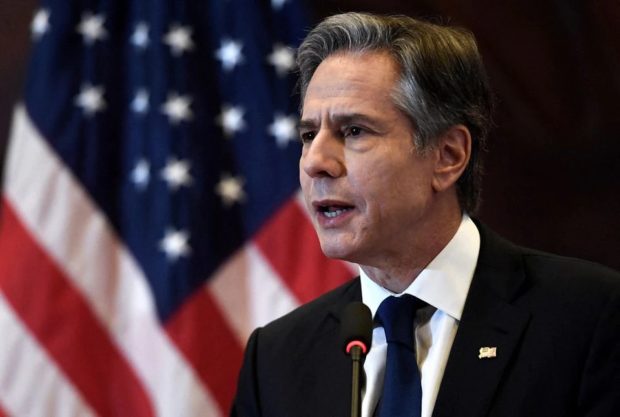 MANILA, Philippines — The United States (US) and Australia called on China anew on Tuesday to comply with international law, as US Secretary of State Antony Blinken said Beijing should “cease its provocative behavior” in the South China Sea.

Blinken and Australian Ambassador to the Philippines Steven Robinson made the remark during the sixth anniversary of the Hague ruling which favored the Philippines over China’s claim in the West Philippine Sea.

“We call again on the PRC (People’s Republic of China) to abide by its obligations under international law and cease its provocative behavior. We will continue to work with allies and partners, as well as regional institutions like ASEAN, to protect and preserve the rules-based order,” Blinken said in a statement.

He likewise reasserted that the US mutual defense commitments will be invoked, should there be an armed attack on Philippine armed forces, public vessels, or aircraft in the South China Sea.

The commitment is in accordance with Article IV of the 1951 US-Philippines Mutual Defense Treaty.

“This year, the State Department released Limits in the Seas No. 150—the latest study in a series examining coastal state maritime claims and their consistency with international law—which examines the PRC’s revised articulation of its South China Sea maritime claims following the issuance of the tribunal’s ruling,” he said.

“This study concluded that these rearticulated maritime claims remain plainly inconsistent with international law,” he went on.

Blinken reiterated that the US and their Indo-Pacific allies are “committed to preserving a system where goods, ideas, and people flow freely across land, sky, cyberspace, and the open seas.”

“Today marks the 6th Anniversary of the South China Sea arbitral award. It’s as important as ever the parties abide by the decision. Respect for international law, including [United Nations Convention on the Law of the Sea], is fundamental to peace, prosperity and stability in our region,” he wrote on Twitter.

Today marks the 6th Anniversary of the South China Sea arbitral award. It's as important as ever the parties abide by the decision. Respect for international law, including #UNCLOS, is fundamental to peace, prosperity and stability in our region.

In 2016, the Permanent Court of Arbitration (PCA), constituted under the 1982 Law of the Sea Convention, gave unanimous ruling which is final and binding on the Philippines and China.

The tribunal based in The Hague, Netherlands, denied China’s expansive claims in the South China Sea, noting that it has no basis in international law.

The PCA also stressed that China has no lawful claim to the areas that the body determined to be part of the Philippines’ exclusive economic zone and continental shelf.