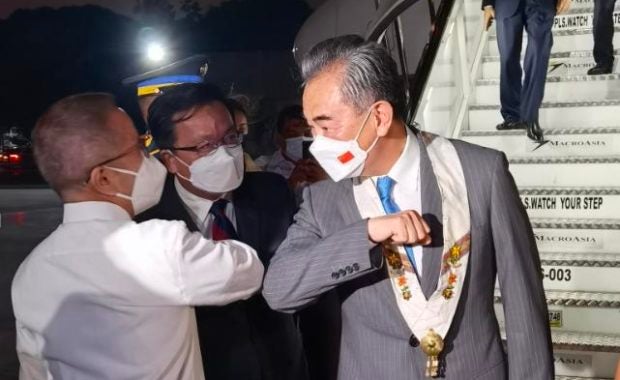 Chinese State Councilor and Foreign Minister Wang Yi arrives in the Philippines on Tuesday, July 5, 2022. (Photo from the Chinese Embassy in Manila)

The plane carrying Wang landed at the Villamor Airbase in Pasay City. He was welcomed by Chinese Ambassador to the Philippines Huang Xilian.

Wang is scheduled to pay a courtesy call on Foreign Affairs Secretary Enrique Manalo on Wednesday. The Chinese foreign minister is also set to meet with Marcos.

In a press briefing earlier in the day, Marcos said he would seek to strengthen ties between the Philippines and China.

The President also said he intended to “find ways to work to resolve the conflicts that we have” as he did not want the two nation’s relationship to be confined to issues concerning Manila and Beijing’s maritime dispute.