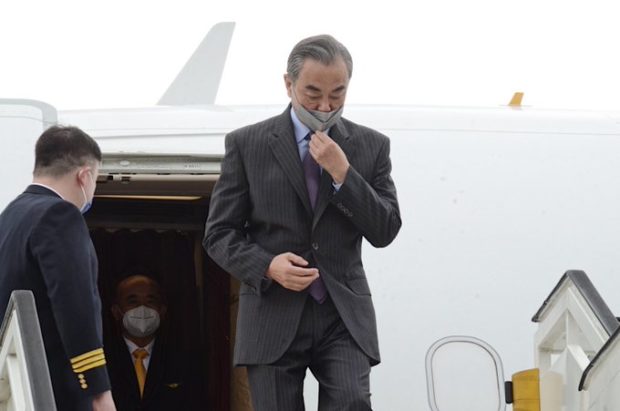 UPDATED. MANILA, Philippines — China’s top diplomat will embark on an official visit to Manila and will be the first foreign minister to meet with President Ferdinand “Bongbong” Marcos Jr. and Foreign Affairs Secretary Enrique Manalo since the start of the new administration.

In a Facebook post, Chinese Ambassador to the Philippine Huang Xilian said the upcoming official visit of Chinese State Councilor and Foreign Minister Wang Yi “could be the first Foreign Minister received by the new Philippine government since taking office, fully reflecting how China attaches importance to our countries’ bilateral relations.”

Wang is scheduled to arrive in Manila on Tuesday night and meet with Philippine officials on Wednesday, July 6.

The Chinese Embassy in Manila confirmed to INQUIRER.net that Wang will meet with President Marcos.

“May our ties deepen, especially on the many relevant issues such as Belt and Road Cooperation, the China-ASEAN (Association of Southeast Asian Nations) Comprehensive Strategic partnership, the Global Development and Security Initiatives, and even our people-to-people exchanges in many fields,” he added.

According to the DFA, Wang was invited by Manalo, who assumed office on July 1.

Wang last visited the Philippines in January 2021 for an official trip upon the invitation of former Foreign Affairs Secretary Teodoro Locsin Jr.

“SCFM (State Councilor and Foreign Minister) Wang will be the first foreign counterpart to be received by Secretary Manalo after assuming office on 01 July 2022,” the DFA said in a statement.

The two diplomats will engage in a bilateral meeting “where they will discuss a wide range of issues, focusing on maintaining and building on the positive trend of relations between the Philippines and China,” the DFA added.

The scheduled visit of China’s top diplomat to the Philippines comes amid the ongoing maritime dispute between the two countries.

In 2016, Manila won an arbitral award that invalidated Beijing’s expansive claims in the South China Sea, including parts of the West Philippines Sea.

China, however, has repeatedly brushed aside the historic arbitral ruling.

On June 23 this year, during the last days of the Duterte administration, Locsin also announced the termination of oil and gas exploration talks between Manila and Beijing.

China, in response, said it was ready to advance these negotiations under the Marcos administration.