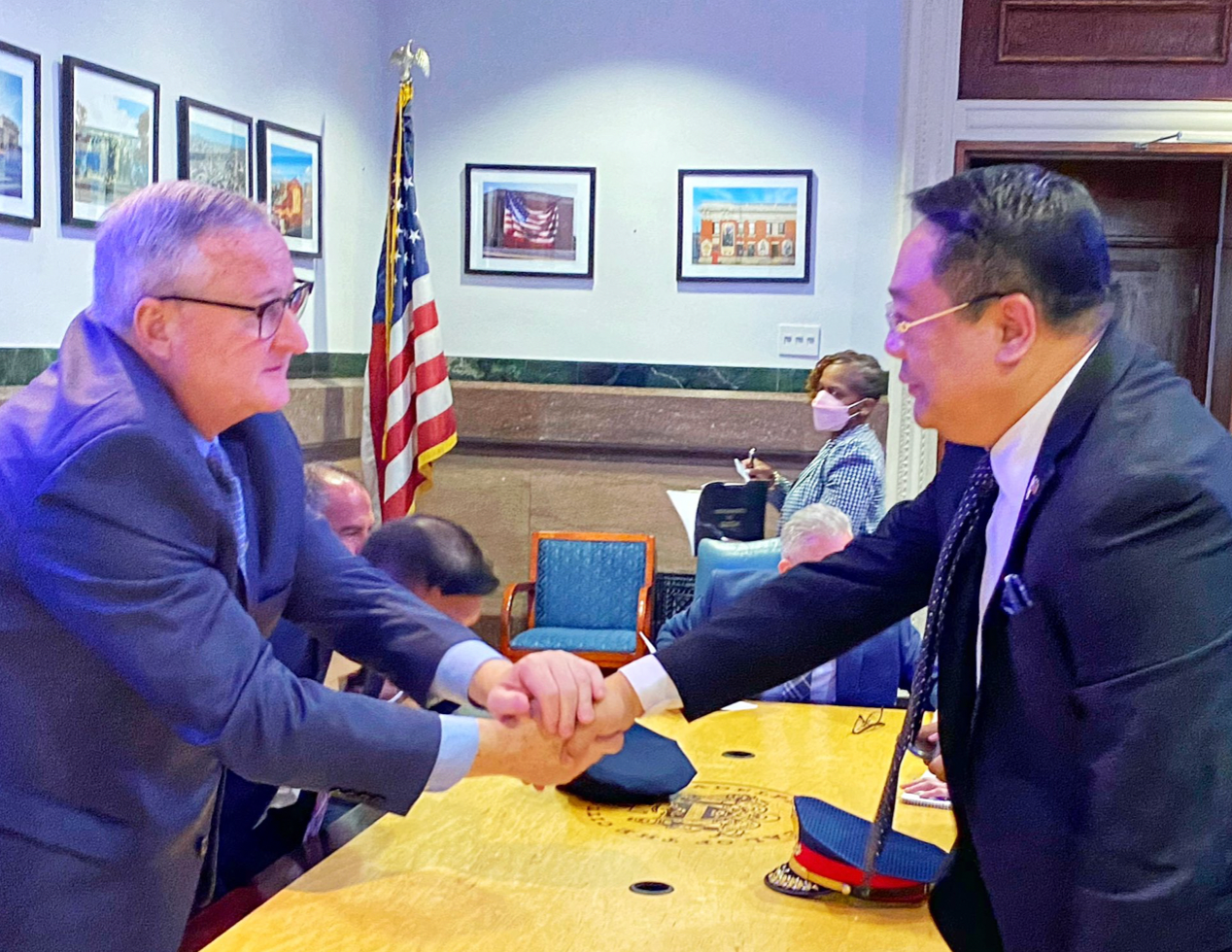 MANILA, Philippines — Philadelphia authorities are offering a $20,000 reward for any information that would lead to the arrest of the gunman in the fatal shooting of a Filipino lawyer, Philippine Consul General Elmer Cato, who recently met with Philadelphia City Mayor James Kenney and local police officials said.

“The Consulate was told a $20,000.00 reward is being offered for information that would lead to the arrest of the shooter,” Cato said in a statement sent to INQUIRER.net on Wednesday.

On Sunday, 35-year-old lawyer John Albert “Jal” Laylo was pronounced dead hours after he and his mother were shot while inside a car. Laylo was shot in the head while his mother was injured by fragments from the shattered car window.

“Also present during the meeting were officials of the Philadelphia police who are involved in the investigation. They briefed the Consulate on the status of the investigation. Currently they are analyzing surveillance videos of the area where the incident took place,” Cato went on.

“Based on their initial assessment, the incident was most likely a case of mistaken identity. They believe the suspect was targeting a vehicle similar to what the Laylos were riding in but shot at theirs instead,” he added.

Cato said he met with Laylo’s mother and relayed to her the outcome of his discussions with the Philadelphia mayor.

“Also discussed with her were the arrangements being made for the repatriation of her son’s remains. The repatriation is scheduled for next Tuesday,” Cato said.

‘Justice will be served’

Cato, meanwhile, noted Kennedy’s assurance that “justice will be served.” The mayor also expressed his condolences to Laylo’s family and apologized for what happened.

“During the meeting, the Consulate conveyed the demand of Mrs. Leah Laylo for justice for her son. We also conveyed the request of the Philippine government for authorities in Philadelphia to do everything they can to bring whoever is responsible to justice,” Cato said.

“Mayor Kenney expressed his condolences to the Laylo family and apologized for what he described as a terrible tragedy. He also gave his assurance that justice will be served,” he added.