Laylo’s death to be ‘brought to justice’ — PH envoy 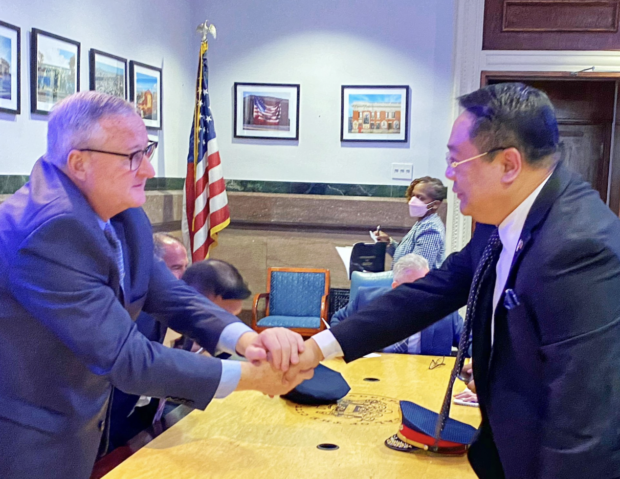 Cato recently met with Philadelphia Mayor Jim Kenney and the local police in pursuing collaborative efforts to investigate the killing of Laylo.

“We thank [Philadelphia Mayor] Jim Kenney and [the Philadelphia Police] for their assurance that they will do everything they can to bring to justice whoever is responsible for the death of our kababayan John Albert Laylo,” Cato said over Twitter on Wednesday as he shared a photo of their meeting.

Cato, citing police sources, earlier said the fatal shooting of the 35-year-old lawyer “could be a case of mistaken identity.”

“[The] gunman appear[s] to have fired at the wrong vehicle that was similar to what he was chasing,” he said.

Laylo and his mother, who were visiting relatives in the United States, were on their way to the Philadelphia International Airport on Saturday when they were shot at by still unknown gunmen.

The Laylos were then brought to the Penn Presbyterian Medical Center where the mother was treated for her injuries while the  younger Laylo was put on life support.

The Filipino lawyer was consequently declared dead at around 10 a.m. on Sunday.  – Iliana Padigos, trainee