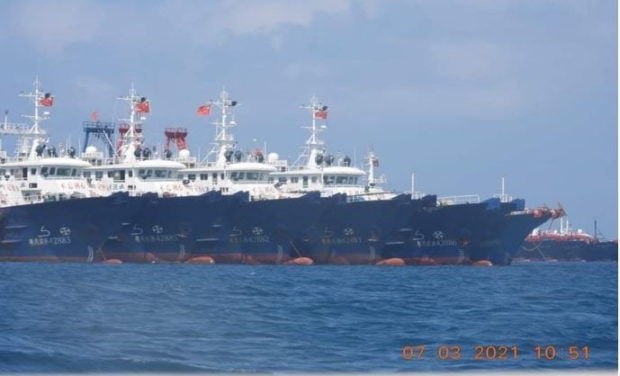 MANILA, Philippines — The Australian government is supportive of the arbitral ruling favoring the Philippines over China on the territorial dispute in the West Philippine Sea, an envoy said Friday.

Australian Ambassador to the Philippines Steven James Robinson said this as he paid a courtesy call on President-elect Ferdinand “Bongbong” Marcos Jr. in Mandaluyong City.

Robinson also expressed confidence that Marcos will take a “very measured and balanced approach” in solving issues when it comes to the Philippines’ relationship with the other countries.

“I think the president-elect is going to take a very measured and balanced approach in terms of how he approaches all of these issues to seek the best outcome he can for the Philippines,” Robinson said.

“And I think any pragmatic politician would do exactly the same–to try and work out how you get the best for your country in difficult circumstances. And that’s what I’m anticipating from the President,” he added.

The relationship of the Philippines and Australia was also discussed during the meeting, said Robinson.

Marcos earlier said that he will uphold the 2016 decision by The Hague-based Permanent Court of Arbitration (PCA) that favored Philippines’ diplomatic protest against China’s sweeping claims in the West Philippine Sea.

In 2013, the Philippines, under the Aquino administration, challenged in the Hague court China’s claim that it owned more than 80 percent of the South China Sea, which includes waters in the exclusive economic zones of Brunei, Malaysia, the Philippines, and Vietnam.

In 2016, two weeks after President Rodrigo Duterte assumed office, the tribunal ruled that China’s claim had no basis in international law and that it had violated the Philippines’ sovereign right to fish and explore resources in the West Philippine Sea, the waters within the country’s 370-km exclusive economic zone in the South China Sea.