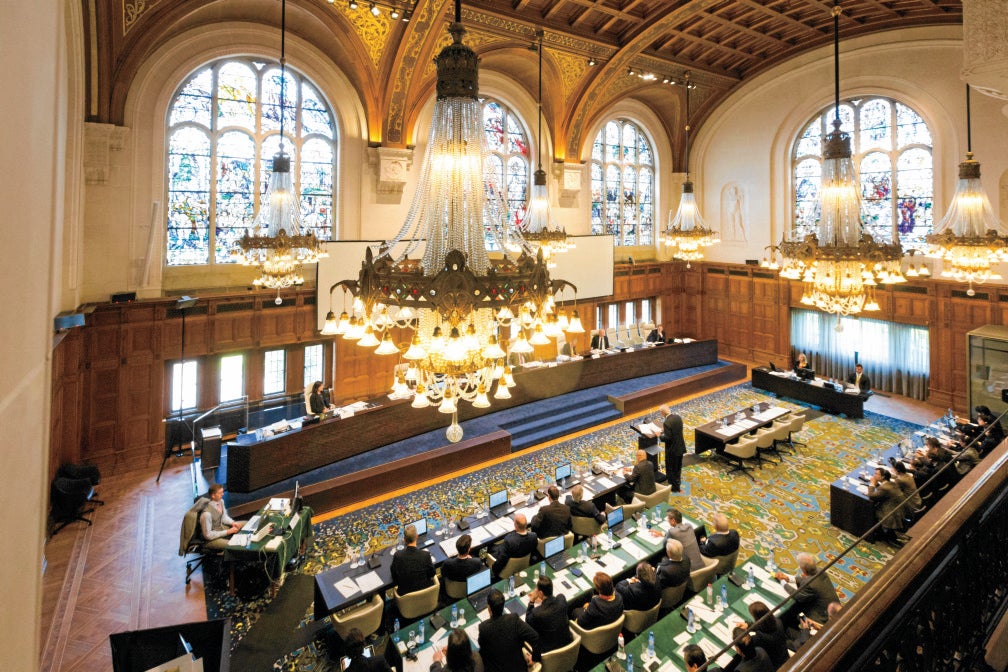 In his first foreign policy pronouncement since being proclaimed president-elect, Ferdinand Marcos Jr. on Thursday said he would uphold a 2016 decision by The Hague-based Permanent Court of Arbitration (PCA) that favored Manila’s diplomatic protest against Beijing’s sweeping claims in the South China Sea.

“Our sovereignty is sacred and we will not compromise it in any way,” Marcos said at his press briefing with select local media a day after he was proclaimed by Congress as the successor of President Duterte.

In 2016, the United Nations-backed PCA in The Hague invalidated Beijing’s claim to almost the entire South China Sea but the Asian superpower has not recognized the ruling.

Marcos made a bold declaration saying he would not “allow a single millimeter of our maritime coastal rights to be trampled upon.”

“We’re talking about China and how do we do that? We talk to China consistently with a firm voice,” he added.

“[War] is the last thing we need right now. So we have to continue to discuss with them the conflicting claims that we have with China and that China has with other members of the Asean (Association of Southeast Asian Nations),” he said.

Not a claim but right

In February this year, Marcos said he would seek the help of Southeast Asian nations and the United Nations to resolve territorial disputes in the South China Sea.

He also said he would push for the completion of the code of conduct in the South China Sea between the Asean and Beijing.

“We are deeply thankful that President-elect Ferdinand Marcos Jr. declared what Filipinos would like to hear: that the 2016 arbitral ruling is not a claim but already a right; that our sovereignty is ‘sacred’ and that he would not ‘allow a single millimeter of our maritime coastal rights to be trampled upon’,” said Del Rosario in a statement.

The country’s former top diplomat said that while war had never been an option for the Philippines, the President has various ways to fulfill his sacred duty to the Filipino people, including elevating the matter to the UN General Assembly and other international fora, and consolidating the support of other countries which believe in the arbitral ruling and the rule of law.