US to announce plans to battle illegal fishing in the Pacific 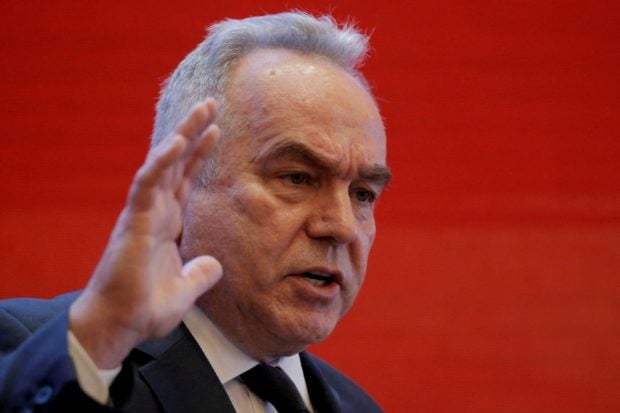 Several countries in the Indo-Pacific region chafe at China’s vast fishing fleet. They say its vessels often violate their exclusive economic zones and cause environmental damage and economic losses.

“One of the biggest challenges in the Pacific is in fact illegal fishing,” Campbell told a forum at Washington’s Center for Strategic and International Studies, when asked about growing cooperation between China and the Solomon Islands, a long-time traditional partner of the United States.

“We believe that in the next couple of weeks we are going to, through various institutions, announce a major set of capabilities designed to improve maritime-domain awareness,” Campbell said, calling it vital to address the problem.

Campbell spoke ahead of President Joe Biden’s planned May 20-24 visit to South Korea and Japan that will include a meeting in Tokyo of the Quad group of countries – Australia, India, Japan and the United States – which have increased cooperation in the face of China’s growing assertiveness.

China says it is a responsible fishing country that has been cooperating internationally to clamp down on illegal fishing, and that it fishes in relevant exclusive economic zones according to bilateral agreements.

Campbell said “we’re looking at capabilities that will continue to track shipping” when vessels fishing illegally turn off electronic identifiers. He said a number of countries were stepping up efforts with patrols boats and training.

The U.S. Coast Guard has said illegal fishing has outpaced piracy as the top global maritime security threat, and risks heightening tensions among countries vying for overexploited fishing stocks. It has called on China to exercise more responsible control over its vessels.

Campbell said Washington needed to do more to assist the Solomon Islands.

He led a U.S. delegation to the Pacific Island country last month. Afterwards the White House said Washington would have “significant concerns and respond accordingly” to any steps to establish a permanent Chinese military presence there.

Campbell said his delegation had respectful conversations with the Solomon Islands and added: “We will be back this September.”

While Washington and its allies shared concerns in the Pacific, there had not been as much coordination as might be expected, given “the new strategic circumstances,” he said in an apparent reference to China’s growing ambitions.

“It is essential to step up coordination, engagement, partnership, sharing of information,” he said. “This is not just the United States, Australia, New Zealand. It’s Japanese friends, it’s Korean friends, it’s friend from the EU as well.”

He said it was in the interests of Washington and European countries to work with India “to bend its trajectory toward the West,” a reference to New Delhi’s continued closeness to Moscow despite Russia’s invasion of Ukraine.