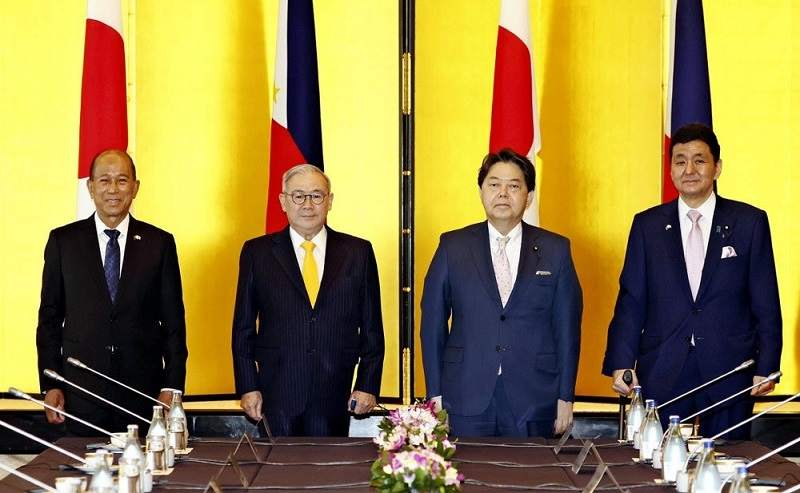 TOKYO — Japan and the Philippines held a 2-plus-2 meeting of their foreign and defense chiefs for the first time at the Foreign Ministry’s Iikura Guest House in Tokyo on Saturday morning.

With China’s maritime expansion in mind, the two sides agreed to strengthen their security cooperation to realize a “free and open Indo-Pacific.”

“Cooperation between Japan and the Philippines, both maritime nations, is becoming increasingly important,” Hayashi said, pointing out that China was continually attempting to unilaterally change the status quo in the East and South China Sea.

A contract has been signed for Mitsubishi Electric Corp. to export air defense radar to the Philippines, with delivery scheduled for 2023. Further cooperation over defense equipment and technology is expected, and the two sides agreed to promote cooperation.

They also exchanged views on Russia’s invasion of Ukraine.

The Philippines is the ninth country with which Japan has held a 2-plus-2 meeting, and the second among the members of the Association of Southeast Asian Nations, following Indonesia.