‘Marriage for green card’ scam: 6 Filipinos held in US 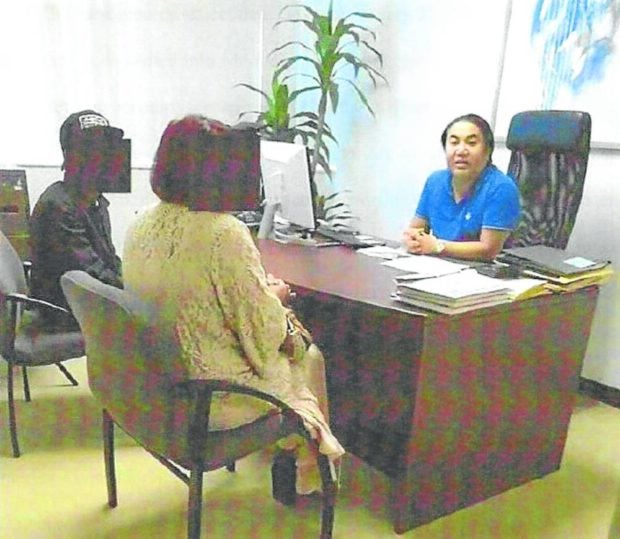 BUSTED | Marcialito Biol Benitez (right) is arrested by the FBI in Los Angeles on Thursday for being the alleged mastermind of a marriage-for-green-card scam that victimized 400 foreigners. (US DOJ PHOTO)

LOS ANGELES — Six Filipino immigrants and five of their accomplices have been indicted by federal authorities for arranging at least 400 fake marriages and making millions of dollars from their business of securing green cards illegally for willing clients.

“These weddings were not love stories,” according to Massachusetts US Attorney Rachael Rollins, who announced the indictments on Thursday in Boston where one of the group’s alleged victims lived.

“These individuals committed multiple frauds on the United States government with the explicit goal of circumventing immigration laws,” Rollins said.

She identified the group’s ringleader as Marcialito Biol Benitez, 48, a Filipino national who operated an employment agency in Los Angeles as a front for arranged sham marriages that charged $20,000 to $30,000 in cash per client.

“You do the math, they easily made 8 million dollars,” Rollins said.

The five other accomplices were identified as Peterson Souza, 34; Devon Hammer, 26; Tamia Duckett, 25; Karina Santos, 24; and Casey Loya, 33. Souza is Brazilian and the rest are US citizens.

These five individuals were known to have acted as “brokers” who recruited American citizens willing to marry foreigners who wanted to get so-called green cards via this scheme. A green card, or a permanent resident ID, shows that the holder is allowed to stay and work permanently in the United States.

Of the 11 defendants, eight were arrested in Los Angeles by the Federal Bureau of Investigation (FBI) on April 7.

Charged with conspiracy to commit marriage and immigration fraud, all of the 11 accused face a maximum of five years in jail if convicted.

“Marriage fraud is a serious crime that threatens the integrity of our nation’s lawful immigration system,” Rollins was quoted as saying in a statement released by the US Attorney’s Office of the District of Massachusetts.

She said the alleged wrongdoing was an “an affront to our nation’s tradition of welcoming immigrants and prospective citizens.”

The statement said Benitez’s agency in Los Angeles employed the other conspirators as his staff.

Hammer, Duckett, Santos and Loya allegedly recruited American citizens who were willing to marry the agency’s clients for an “upfront fee” and monthly payments from their supposed foreign spouses.

The money was meant to keep the Americans “responsive and cooperative” until the clients obtained lawful permanent status.

Souza and Capindo David allegedly referred prospective foreign clients to the agency, typically receiving a $2,000 commission for each referral.

The scam involved staging fake weddings, complete with photos to be submitted with the immigration petitions.

In instances where the American spouses become unresponsive or uncooperative in helping their client get a green card, Benitez and his agency would obtain the document through the Violence Against Women Act (Vawa), the statement said.

The group will claim that their clients were abused by their American spouses so that they could use the Vawa provision which permits noncitizen victims of domestic abuse to apply for legal permanent resident status without their spouses’ involvement, it said.

“Their alleged fraudulent behavior makes things harder for the vast majority of immigrants who follow the law and respect our immigration system,” Rollins said. “Beyond that, by allegedly submitting false applications that claimed domestic abuse, these charged defendants did further harm, this time to real victims and survivors of domestic violence.”

The statement did not say how many of the hundreds of sham marriages-for-green cards involved Filipinos, who are among the largest groups of immigrants in the United States.

In 2020, the Philippines was the sixth largest country of birth for new lawful permanent residents, or green card recipients, in the United States, according to data from the Department of Homeland Security website.

Based on estimates by Pew Research Center, Filipinos accounted for 4 percent of the US immigrant population in 2018, the fourth largest after Mexicans (25 percent), Chinese (6 percent), and Indians (6 percent).