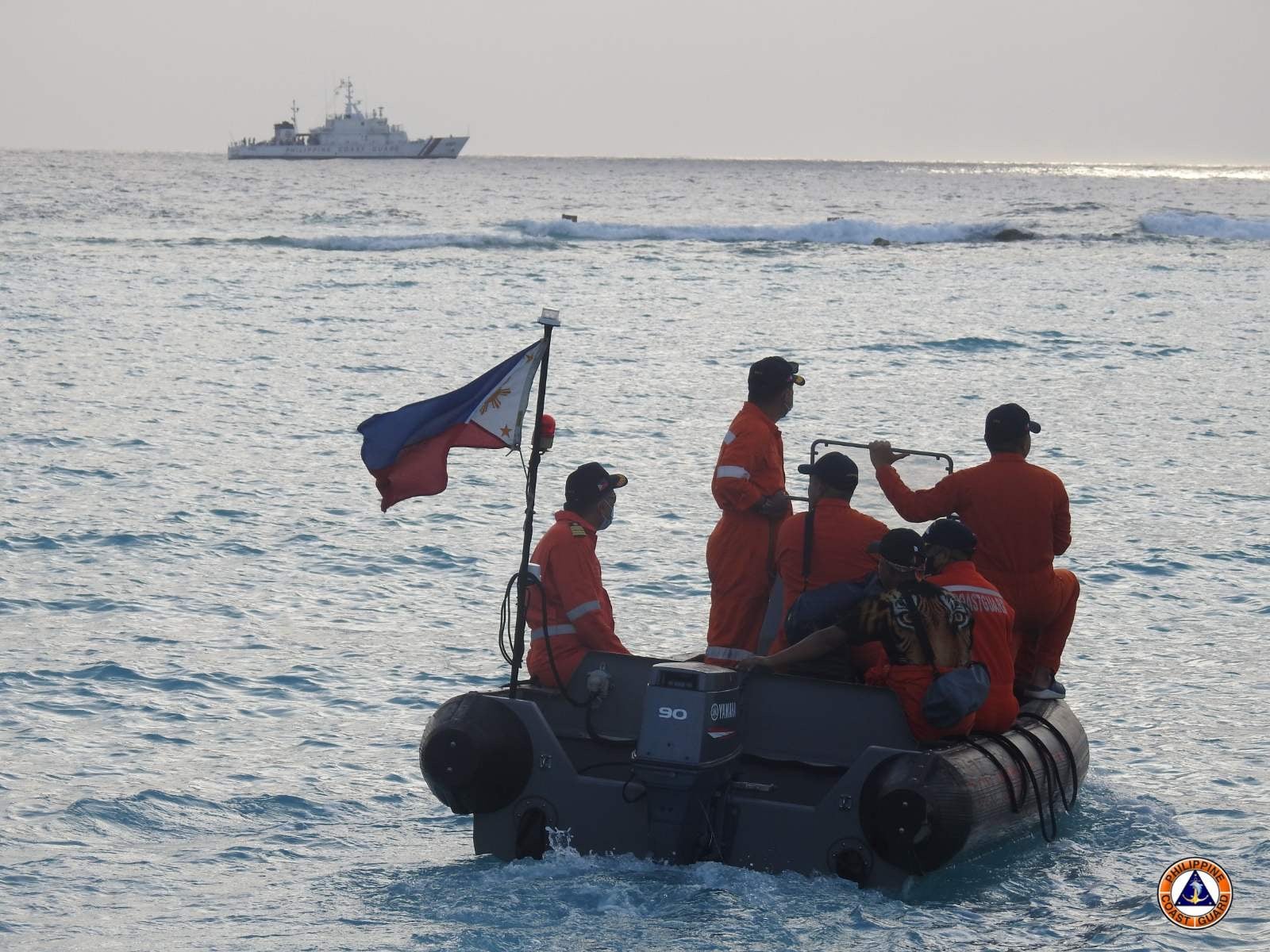 The Philippine Coast Guard (PCG) announced on April 25, that it has been conducting drills in the West Philippine Sea as part of efforts to secure “our maritime jurisdiction.” (PCG photo)

MANILA, Philippines — The Philippines cannot afford to go to war with China over the West Philippine Sea issue as the latter is a big nation, senatorial candidate Jinggoy Estrada said Wednesday.

Estrada said the West Philippine Sea issue should instead be addressed through diplomacy.

(On the West Philippine Sea, that should be addressed through diplomacy. Well, I agree with President Duterte, we cannot confront China.)

(We will be crushed. China is large. So, we have to do it through diplomacy.)

Despite seeking peaceful means, Estrada said the government must still assert its authority.

“But of course, we have to assert our authority na atin ‘yun (that it is ours) because of the decision by the Tribunal,” he said.

“If I were them, kausapin na lang natin nang masinsinan (let us just talk to them intensively). We couldn’t be aggressive,” the senatorial bet continued.

In 2016, the Permanent Court of Arbitration ruled that the Philippines has exclusive sovereign rights over the West Philippine Sea, invalidating China’s nine-dash line.

Meanwhile, Estrada said the Visiting Forces Agreement (VFA) between the Philippines and the United States should be retained.

“I’m not in favor to abrogate the Visiting Forces Agreement. It should stay,” he said.

Last year, Duterte recalled his decision to abrogate the VFA after he initially tried to cancel the deal in 2020.

Under the VFA, US troops are present in the country which has been viewed as a deterrent to China.

In March, the Philippine Coast Guard reported a “close distance” maneuvering of the Chinese Coast Guard in Bajo de Masinloc or the Scarborough Shoal.