Amid sea dispute with China, Carpio sees need to preposition US weapons to repulse ‘invasion’ 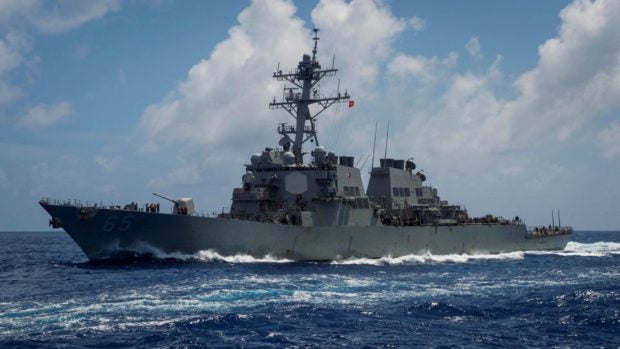 MANILA, Philippines — “If you don’t prepare for an invasion then you will be invaded.”

So said retired Supreme Court Senior Associate Justice Antonio Carpio as he pointed out the need to preposition American weapons  and military equipment in the country for defensive purposes amid Manila’s continuing sea dispute with Beijing. 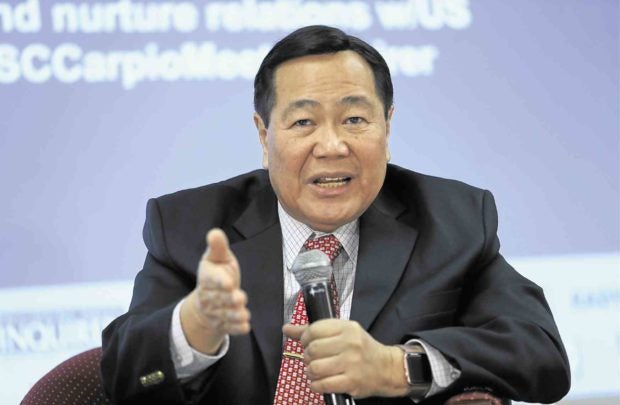 The prepositioned materiel shall not include nuclear weapons, according to the pact.

“The war in Ukraine is an example. Ukraine is being attacked by Russia but Ukraine, there is no country that has put their defensive weapons to help Ukraine so Ukraine has to ask now, to beg for arms. The EDCA…the purpose of that is to preposition U.S. weapons in our bases so that if there is an attack, the weapons are there already,” Carpio said.

“You don’t have to wait for the weapons to be shipped because in this kind of war, the war could be lost or won in just a few days after the outbreak of war so you don’t have time to send weapons from another country, from the U.S. mainland or from Guam or from Hawaii,” he added.

China has claimed the shoal as its “inherent territory” and cautioned the Philippines against “interfering” with its patrols in the area.

Asked if his suggestion to preposition weapons in the country may be “too extreme” and could risk trade relations between the Philippines and China, Carpio answered in the negative.

“Of course not. That’s (prepositioning of weapons) happening. Not only weapons are prepositioned in South Korea and in Japan but also troops. And they still trade with China. I think that preposition of war materiel, weapons for defensive purposes is allowed. That’s for your self defense, that’s for your survival as a nation,” Carpio said.

The PCA ruled in favor of the Philippines in July 2016 invalidating China’s nine-dash line claim.

Carpio has been advocating for the country’s resolve to take sole control of the West Philippine Sea and was among the contingent that took the case to the PCA.

Earlier, a senior official from the U.S. Department of State reiterated Washington’s commitment to the Philippines under the Mutual Defense Treaty (MDT) and rejected “Chinese aggression” in the South China Sea.

“We have a collective interest in ensuring that the Philippines’ rights in the South China Sea are defended,” U.S. State Department Counselor Derek Chollet had said.