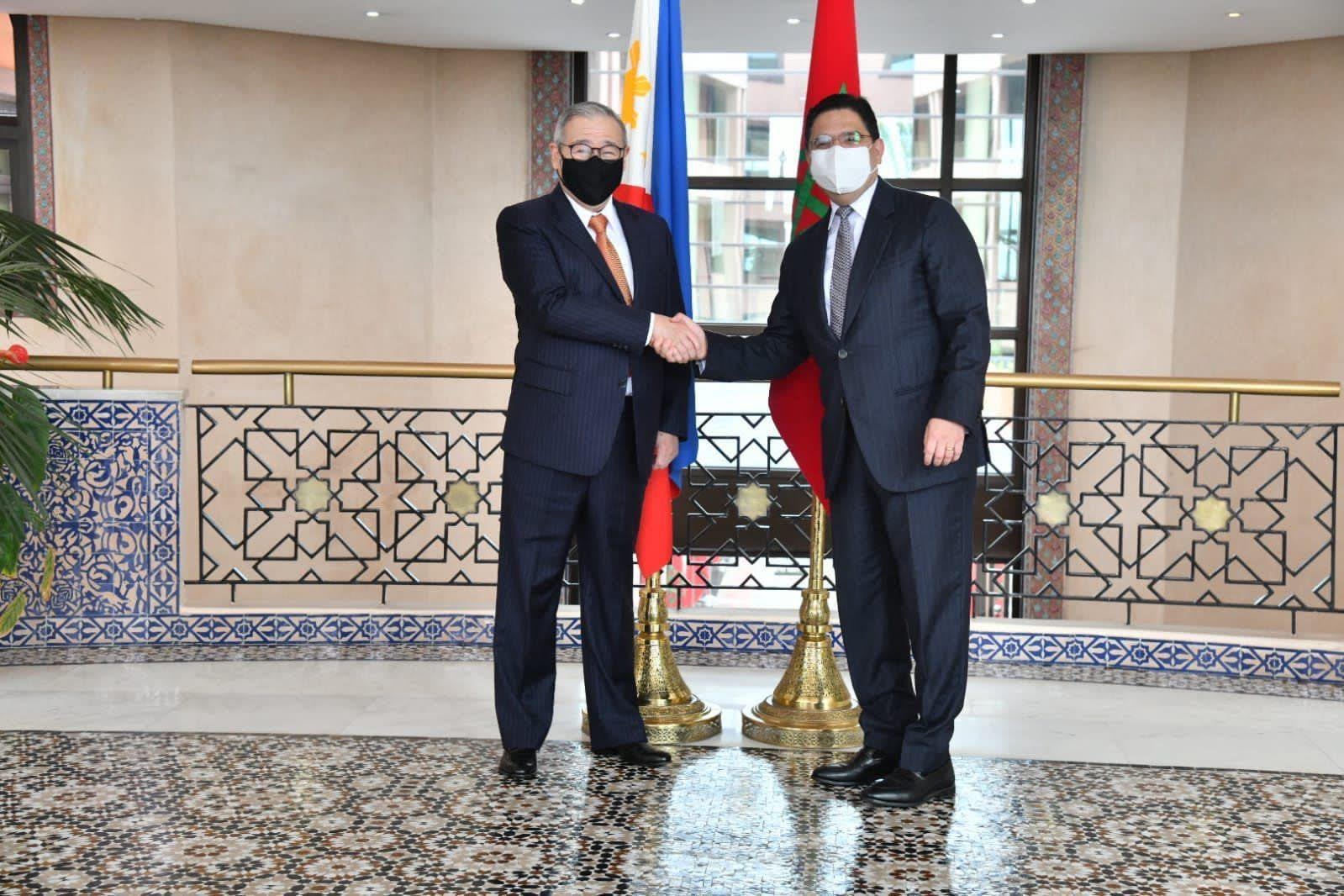 “We concluded agreements related to air services, cooperation between academic foreign institutes of our ministries, political consultations, as well as a cooperation agreement between the Philippine News Agency and the Maghreb Arabe Presse,” Locsin said in a press statement released by the Department of Foreign Affairs (DFA) on Friday.

“We also started political consultations today between our ministries,” he added.

Locsin, who met with Moroccan Foreign Minister Nasser Bourita, noted that both parties underscored a strong desire to “enhance opportunities” for collaboration between the two countries and their citizens.

Furthermore, he stated that a “productive discussion” took place on the two countries’ mutual interests.

Locsin said he and Bourita also explored the possibility of bilateral and multilateral cooperation in areas of mutual interest, including migration, climate change, counter-terrorism, peacekeeping, and maritime cooperation.

“We look forward to stronger and fruitful relations between the Philippines and Morocco as we approach the 50th anniversary of diplomatic ties in 2025. May both our countries live free, both our peoples stay safe, and all of us prosper,” he said.

Locsin will be in Morocco until Mar. 19.

RELATED STORY: Locsin to visit Morocco from March 15 to 19 — DFA