Conquering COVID, one Zoom meeting at a time 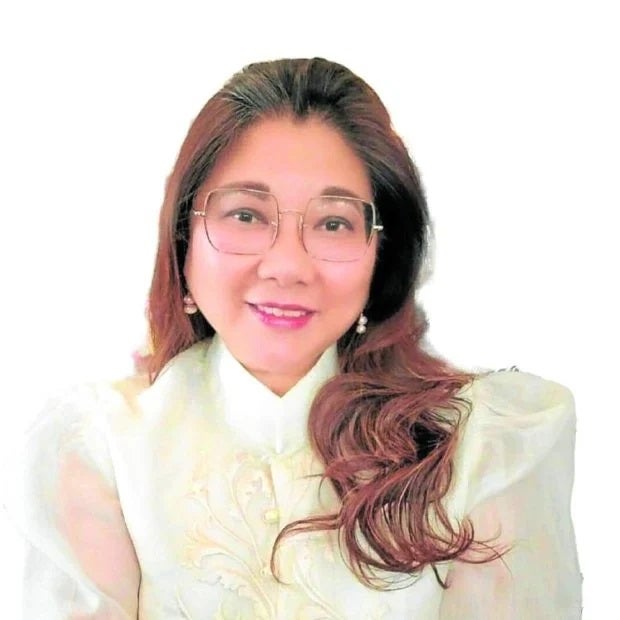 NEW YORK CITY — In April of 2020, as many of her fellow Filipino nurses in this city were being felled by the coronavirus, Laarni Florencio confronted her fear and trauma armed with the weapon she knew best: teaching.

A well-known nurse educator and influencer, Florencio tapped the power of technology and social media to educate her colleagues and the public on the benefits of masking and vaccination, and how to protect themselves against the debilitating toll of COVID-19 on their mental health.

It is partly through the vaccination campaign that Florencio mounted on several of her media platforms that about 75 percent of New Yorkers were jabbed.

Her Zoom meetings under the “Heal our Nurses” campaign have allowed many bedside nurses and caregivers — the overworked and undervalued foot soldiers of the healthcare industry — to deal with their trauma, and herself with her own. “You felt guilty and sad all the time during those times of isolation,” Florencio said one recent Sunday, recalling her fatigue and sleeplessness during the pandemic.

But the everyday kindness of strangers kept her going — a policeman swiping his card to pay for her subway fare; the food truck cook giving her a treat: her favorite breakfast chorizo sandwich; and her neighbors banging on their pots to psych her up after a hard day’s work.

“New Yorkers are a different breed. I love this place,” Florencio declared.

By September of that year, National Nurses United, the biggest union of nurses in the United States, issued the alarming report that Filipino nurses comprised a third of the COVID-19 fatalities in that country.

New York, with a population of 8 million and immortalized by Frank Sinatra as “the city that never sleeps,” screeched to a halt in the early days of the pandemic.

“The streets were empty,” recalled Florencio. “The lights were out on Broadway. Times Square and Central Park were deserted. There were hardly any riders on the subway that I ride to work every day.”

As a witness to the biggest global health crisis in a century, Florencio saw up close how the city of her dreams became the nightmarish site of yet another ground zero of mass casualties, another 9/11 many times over.

Even her long years as a nurse could not prepare her for the death and desolation that descended on New York, with morgues overwhelmed beyond capacity and piles of the dead filling up huge freezer trucks.

“You grapple with the many lives lost, knowing your profession was meant to save them,” she said, a tinge of guilt in her voice.

The ravages of the pandemic subsided after two years. But not after it had killed 39,925, infected some 2.2 million and hospitalized some 160,000, according to the New York Times.

“I’m so sad that most of them died alone with no family members beside them,’’ said Florencio, the vice president of the 300-strong Philippine Nurses Association of New York (PNA-NY).Florencio’s 30-year journey as a nurse propelled her up the nursing leadership ladder.

Her rise to the top was envisioned by scholars like Catherine Ceniza Choy, a professor of ethnic studies at the University of California-Berkeley and the foremost authority on the history of the migration of Filipino nurses to America. Choy wrote the groundbreaking book “Empire of Care: Nursing and Migration in Filipino-American History,” published in 2003.

“Six decades of Filipino nurse mass migration has produced a pool of leadership talent that could be considered for public policymaking regarding this (COVID-19) and future pandemics,” Choy said in a podcast for the Organization of American Historians on Aug. 18, 2021.

Florencio spearheaded the COVID-19 education campaign to raise awareness on the importance of vaccination, according to Mary Joy Garcia Dia, the current president of the Philippine Nurses Association of America (PNAA).

Dia said Florencio designed part of the information campaign that was used by the New York City Department of Health and Mental Hygiene to convince part of the doubting public—then bombarded by antivax propaganda—to get vaccinated.

Florencio also launched a multipronged campaign against the wave of Asian hate that continues to make the Filipino-American community vulnerable to targeted attacks.

“With her skill set and mastery of technology, I have become a better professional,” said Jacqueline Juele-Schuster, a native of Bacolod City and a colleague of Florencio in PNA-NY.

Elmer Cato, the Philippine consul general to New York, said that “back when the world was being pushed to the brink, our nurses, including those here in New York, were pulling us back.”

Florencio flew to the United States in 1993, becoming part of the 150,000 Filipino nurses who had immigrated to America since the 1960s. When she left Manila, where she was born and raised, she was 23 years old. She settled in Florida with a nursing degree from Far Eastern University, and worked for 15 years at a small community hospital in Port St. Lucie.

Several academic accolades later, Florencio moved in 2016 to New York, where she became the program director for continuing education at the New York-Presbyterian, one of the biggest health-care providers in the city.

“She is one leader who walks the talk,” said Lolita Compas, a past president of the PNAA and PNA-NY.

But “I don’t consider myself a hero,” said Florencio. “This is just my calling and purpose in life.”

Still, in 2020, when the world celebrated the bicentennial of the founder of modern nursing, Florence Nightingale, one feisty Filipino nurse in New York stepped up to carry the day.